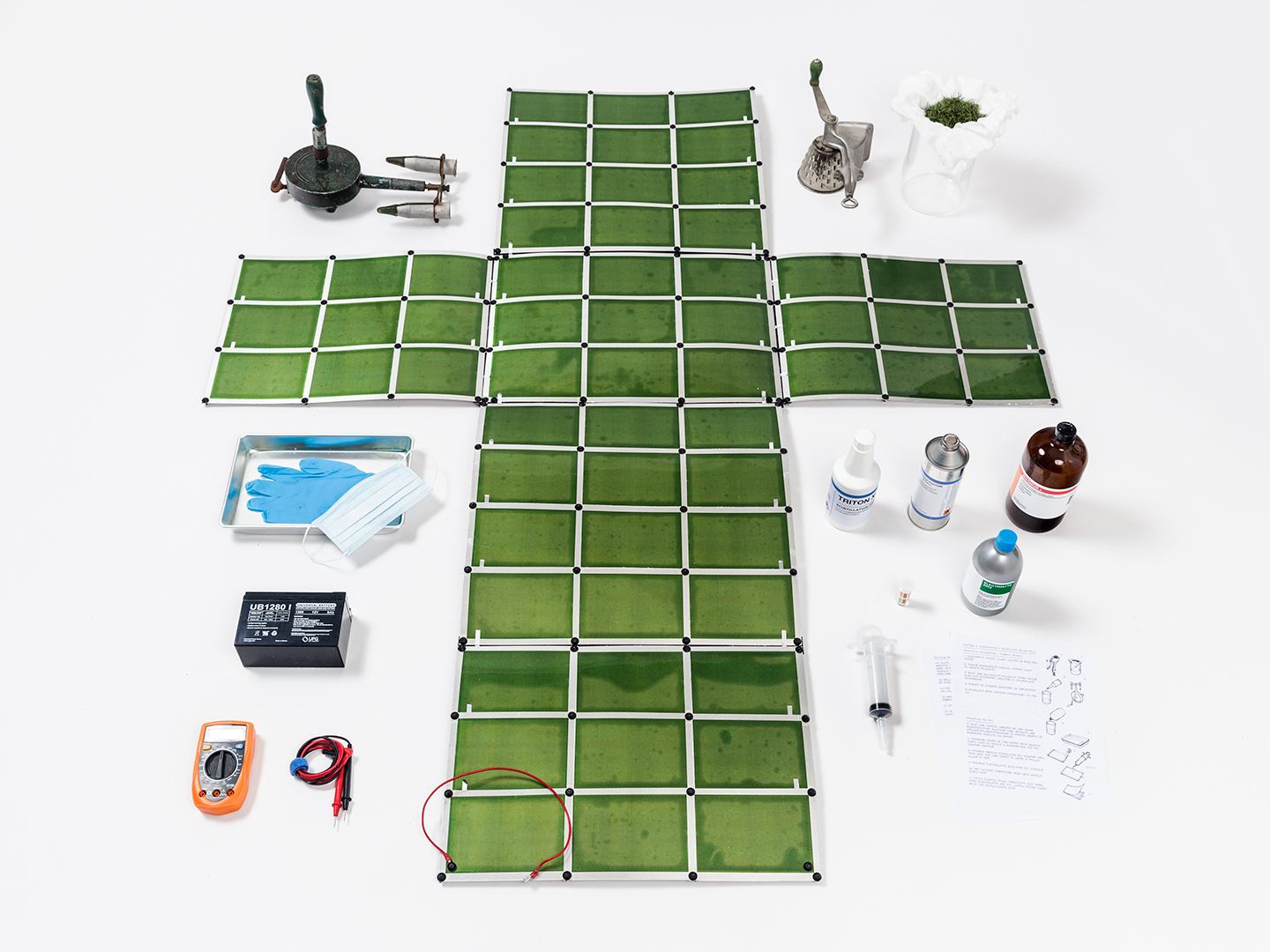 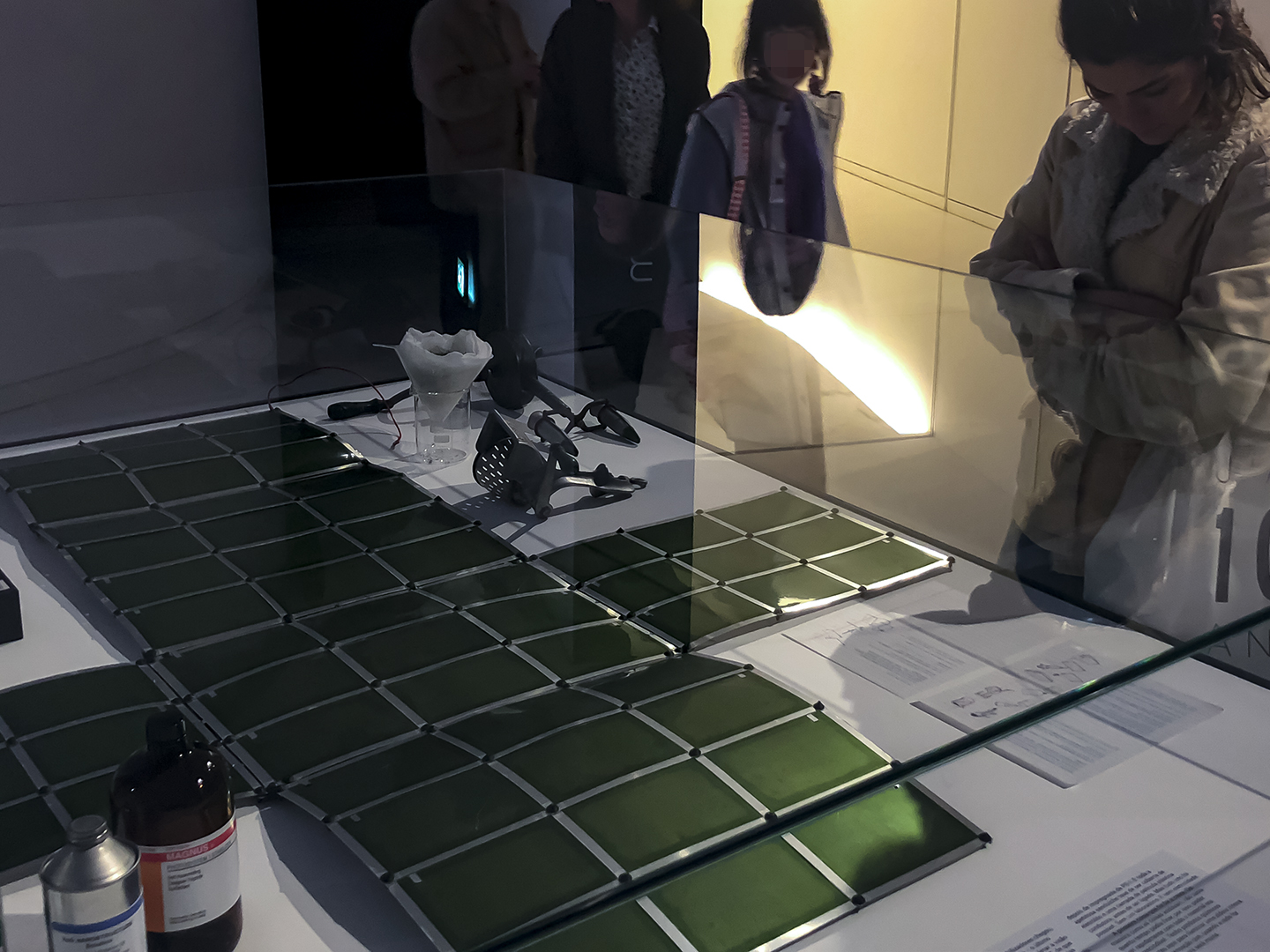 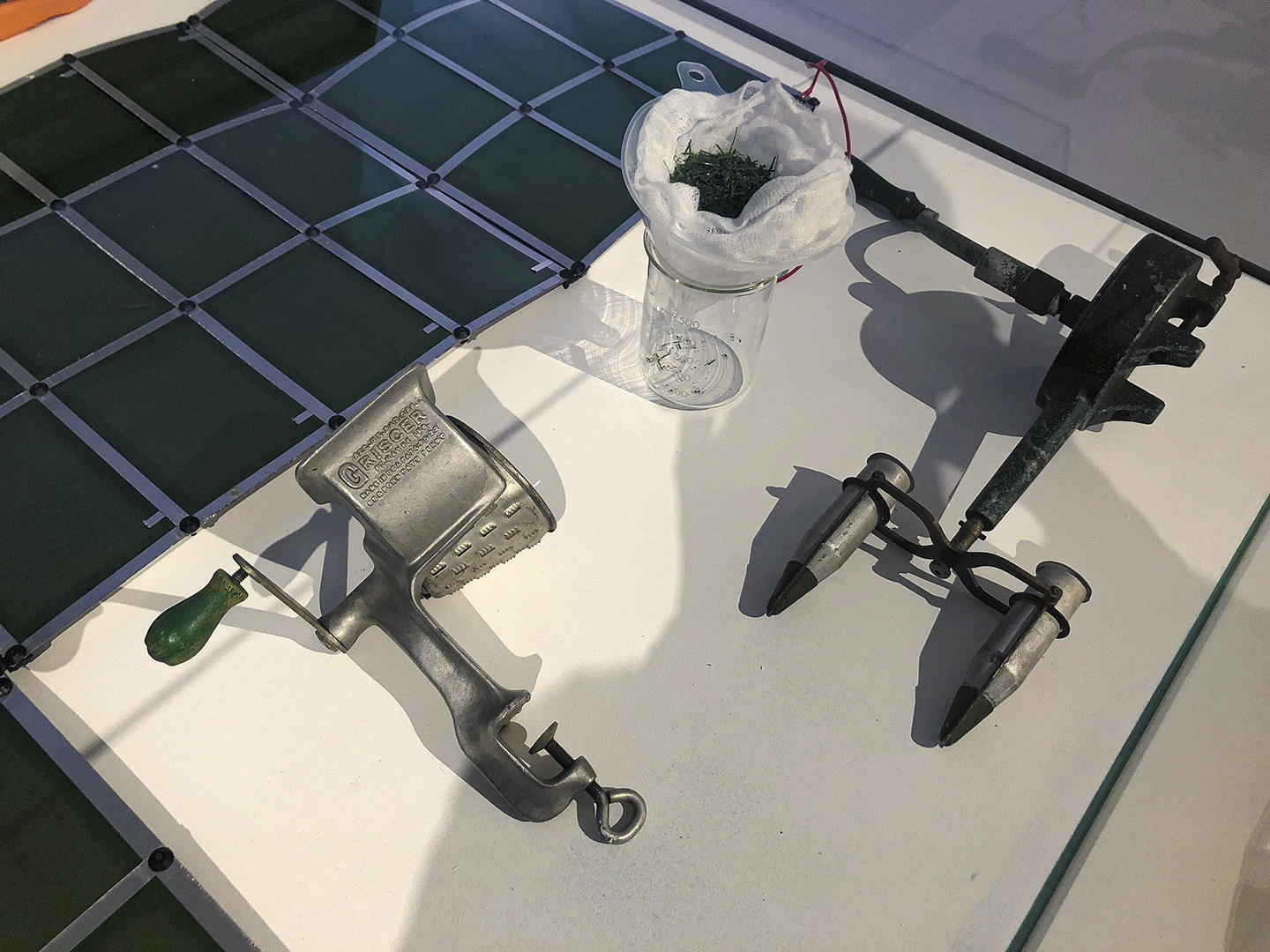 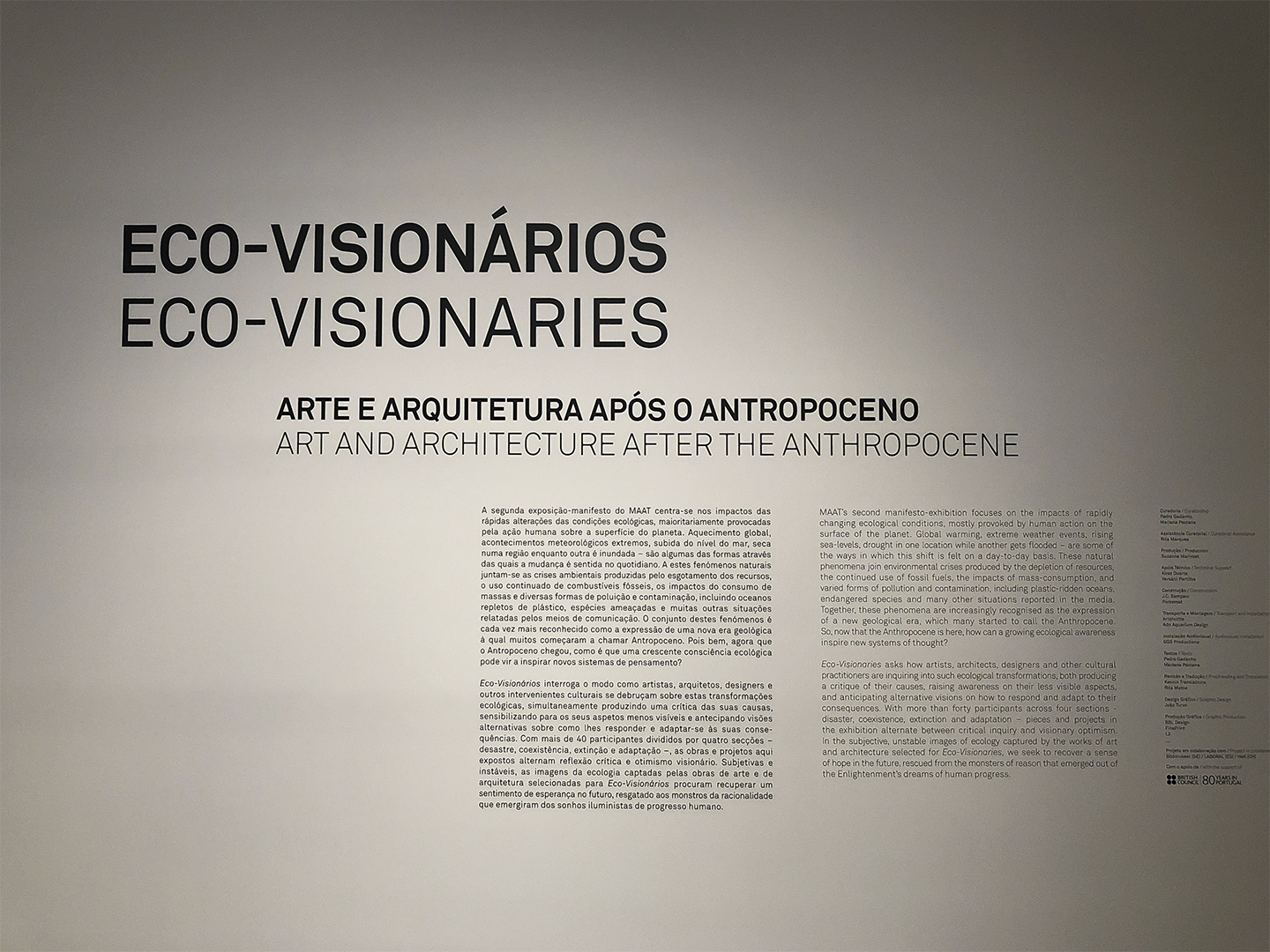 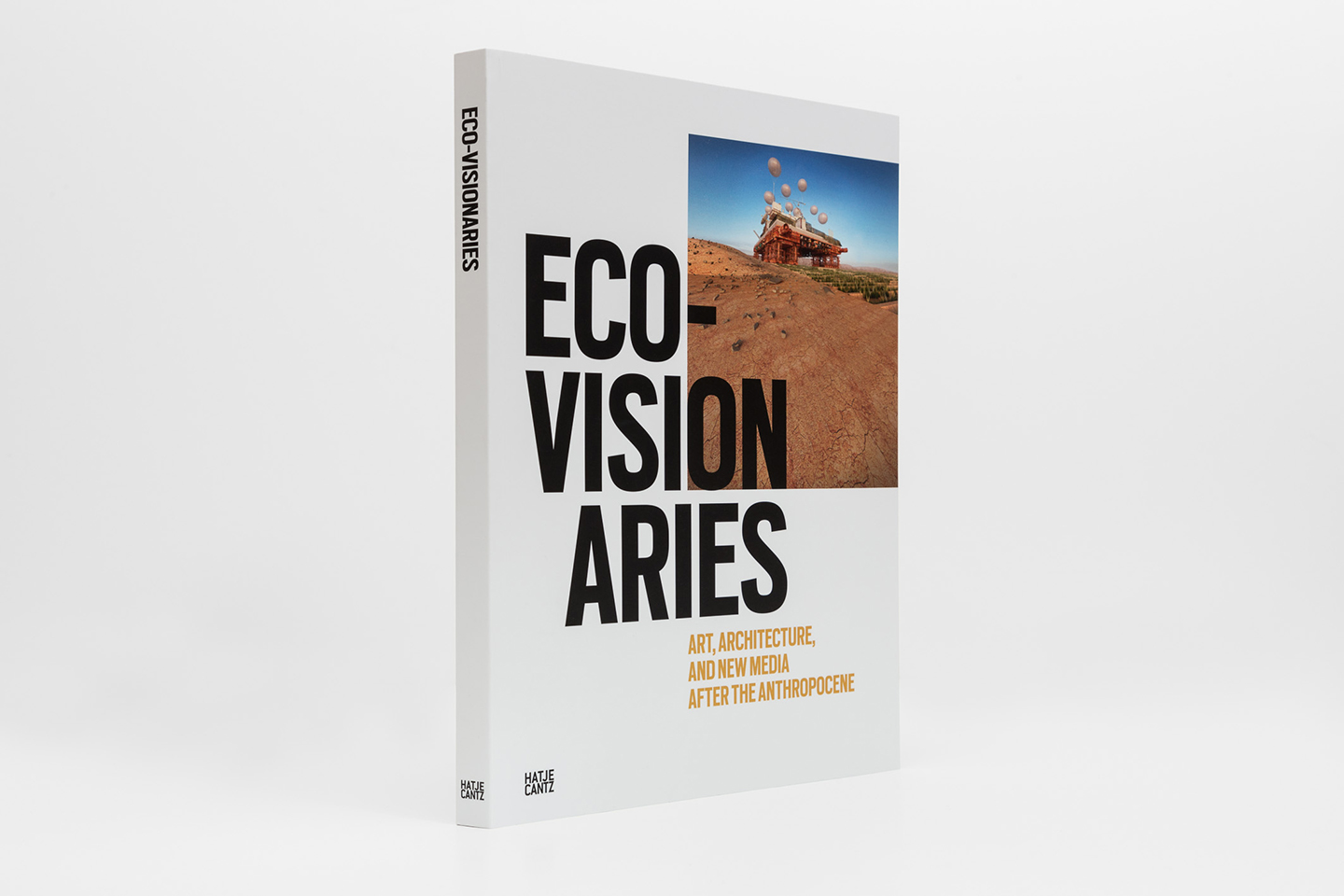 The Biophotovoltaic Hacktivist kit from New Survivalism was part of the group show ‘Eco-Visionaries: Art and Architecture after the Anthropocene’ at the Museu de Arte, Arquitetura e Tecnologia (MAAT) in Lisbon that opened on April 2018.

The Biophotovoltaics Hacktivist is a survival kit from the New Survivalism design fiction project and is based on the dye based solar cell research of Andreas Mershin -an early adopter of a new green solar technology currently in development at MIT by scientist Andreas Mershin. His research is working on solar cells in which the silicon wafer is replaced by plant material mixed with stabilizing chemicals. The kit contains the equipment and chemicals needed to make these cells, and the container folds out into a solar panel.

The Biophotovoltaics Hacktivist
The tub of stabilizing peptides finally showed up last week—the last ingredient completing MIT scientist Andreas Mershin’s vision that one day making your own solar cells will be as easy as baking a cake. Not a particularly simple cake mind you!

The Photosystem I protein was a bit of a hassle to extract from the grass clippings. Pulverizing them, straining through cheesecloth, adding detergent, whirling them around in the centrifuge. Then the zinc sheet for the anode had to be bathed in chemicals to grow a nanowire forest on its surface to absorb enough light when the PS-I was soaked into it. And the whole tasty sandwich had to be topped off with electrolyte and a layer of conductive plastic film before hooking it up. But it was all possible. Without a lab. And without electricity.

The case was the first thing I made. The way things were going I didn’t know how long I could stay, so getting out fast with all this gear was a must. I’ve got enough chemicals here to power a village. And when the grid shuts off, I have a feeling I’ll be in demand.