The Whole Earth 2045 – Memories and Bodies from a Future (ExhibitionsFeaturedFutures) 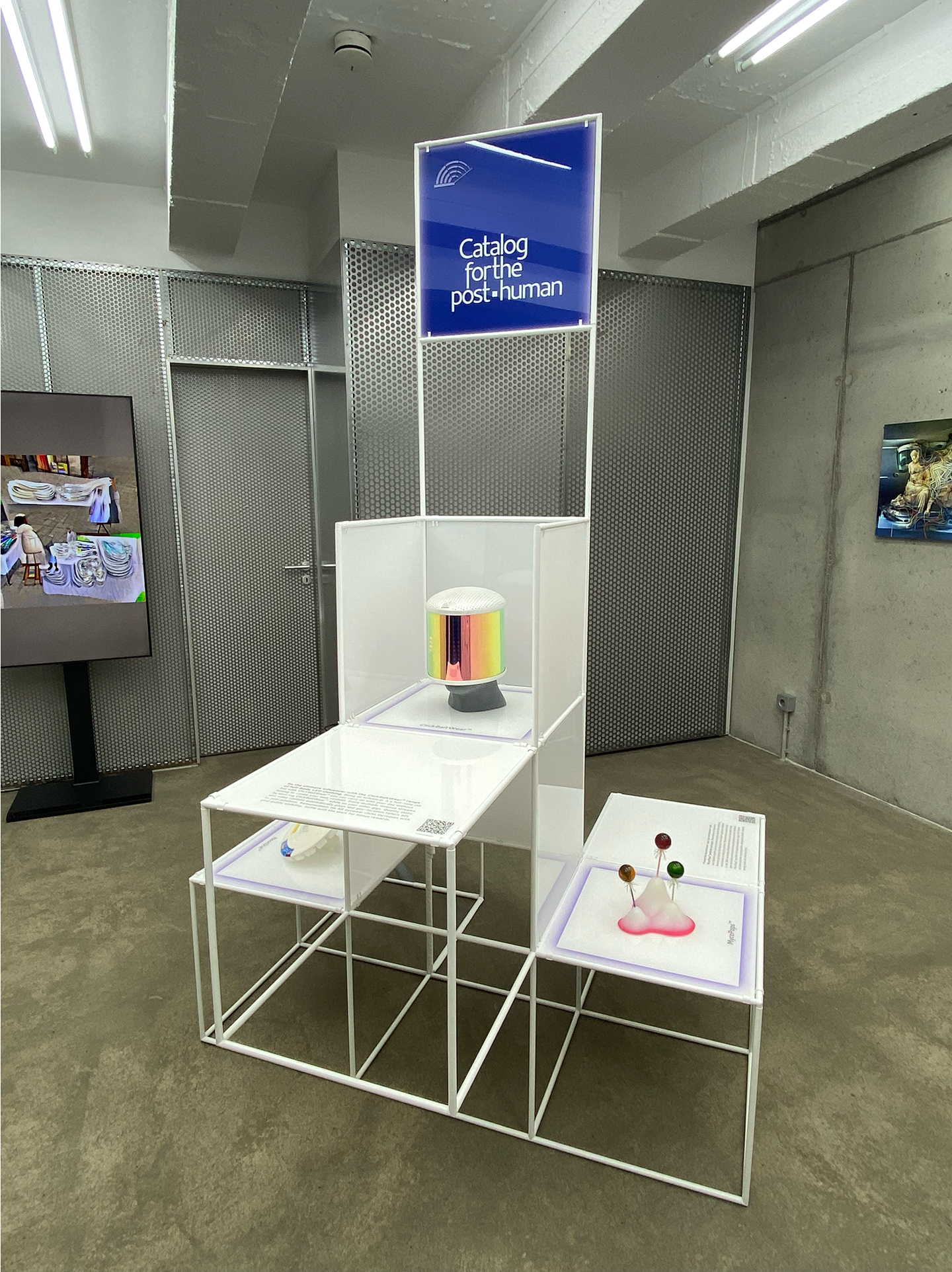 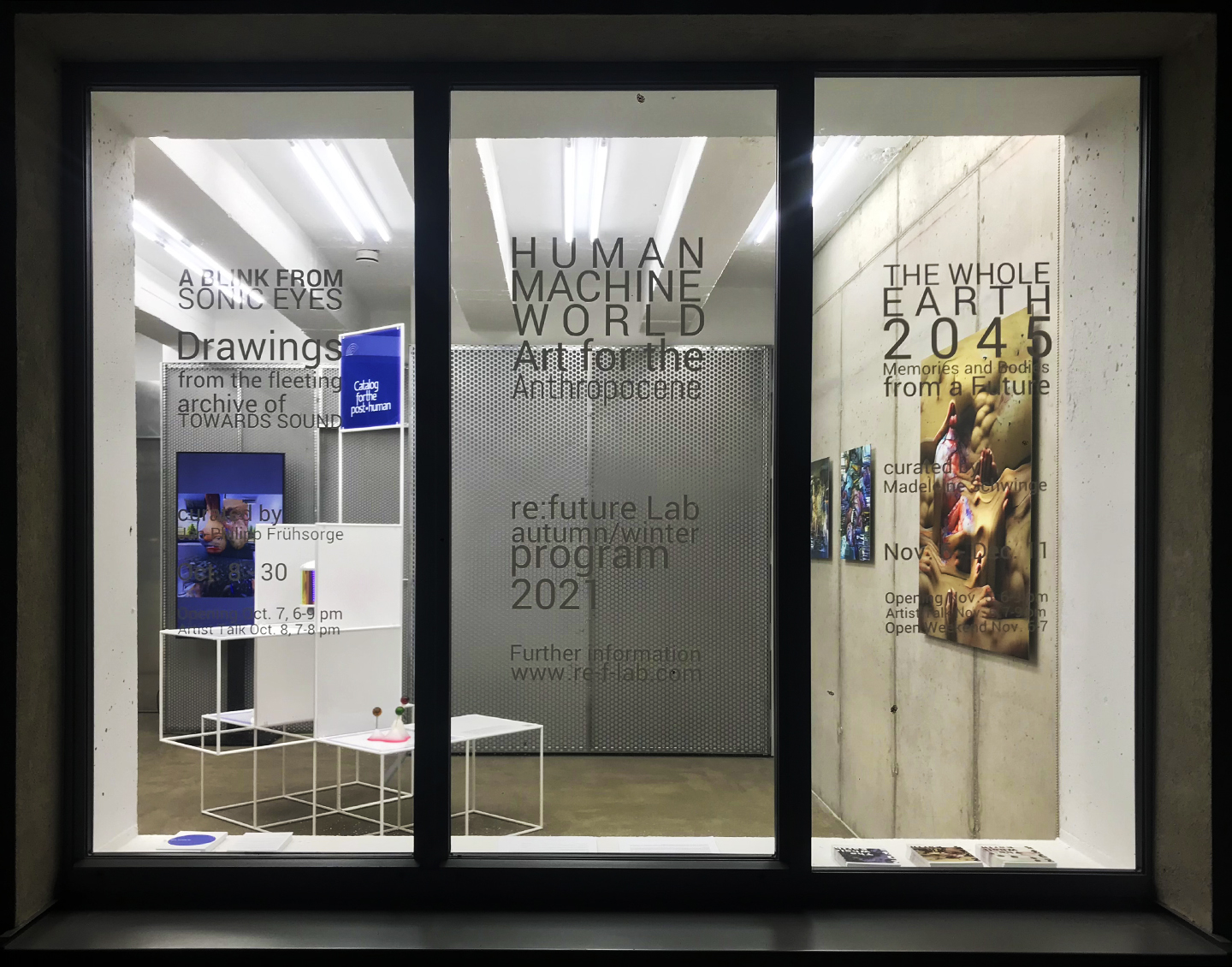 Three objects from the Catalog for the Post-Human collection – ClickbaitWear, Mycopops and the NootDial, were exhibited alongside artists Johanna Bruckner (Zurich) and Grégory Chatonsky (Paris) at the Berlin-based art space for ultra-contemporary art and future design re:future Lab. An experimental multi-disciplinary practice ground founded in 2020 by German artist, curator and facilitator Madeleine Schwinge.

THE WHOLE EARTH 2045, Memories and Bodies from a Future
“The second part of the cycle, “THE WHOLE EARTH 2045, Memories and Bodies from a Future“, is built on some primal ideas: the prediction of Futurist and Head of technical development at Google, Ray Kurzweil, that 2045 marks the tipping point at which artificial intelligence will surpass human intelligence (Singularity), and the US counterculture magazine by Steven Brand’s, ‘The Whole Earth Catalog’, that Steve Jobs saw as one of the bibles of his generation and as an analog precursor of Google-like search engines, from which he liked to quote the injunction “Stay hungry, stay foolish”. The three artists shown in the exhibition address in their personal way these crucial issues, the future of human labor and the physical and psychological consequences of data-driven productivity (Parsons & Charlesworth), human dreams and bodies depicted and interpreted by artificial intelligence (Grégory Chatonsky), and trans-corporal experiences in a data surveillance society (Johanna Bruckner).”
– Curatorial statement

Catalog for the Post-Human at Venice Architecture Biennale