Strelnikov’s Glasses and Other Stories (Exhibitions) 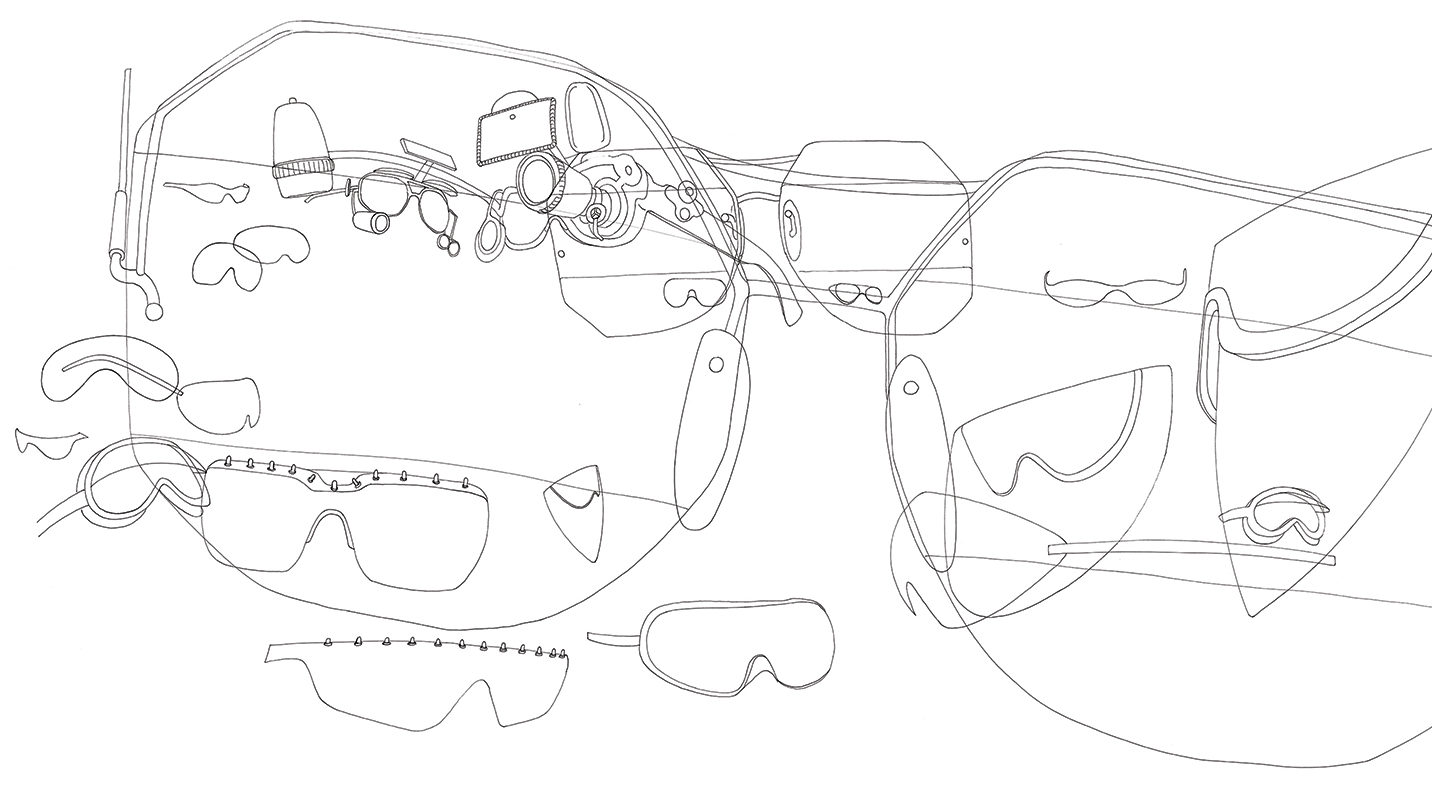 Strelnikov’s Glasses and Other Stories was an exhibition organized by The Society of the Spectacles, a creative research group that observes the cultural significance of eyewear in art and film. The Manchester based group invited Parsons & Charlesworth along with over 20 other artists, designers and filmmakers based in Manchester, Sheffield, Panama and California to make work that responds to a pair of glasses (or its wearer), in a movie of their choice, all in the format of the 27” x 40” film poster.

In Ridley Scott’s masterpiece Bladerunner, the science fiction fantasy, based on Philip K. Dick’s novel Do Androids Dream of Electric Sheep, lifelike androids called replicants can be identified with a sophisticated eye test. The opening sequence shows bursts of flame from the dystopian cityscape of 2019 Los Angeles reflected in an extreme close-up of a human, or perhaps a replicant, eye. Eyewear goes on to play a key supporting role in the film, with many characters wearing sophisticated and stylish spectacles. In celebration of the atmosphere of the film and the role eyewear plays in it, we created a work that brings all of the eyewear seen throughout the film, together into one frame. We projected the film onto paper and stopped it every time we could see a clear image of eyewear (some of which is protective rather than optical). We traced each example we found. Where a character in eyewear was on screen for a while (such as Dr. Eldon Tyrell) we picked one still image from each scene to trace. The overlapping line drawings that result enable comparison of the variety of eyewear in the film, and rumination on its function. None of the replicants wear glasses, emphasizing their perfectly engineered eyes. For the remaining humans, spectacles are the cheapest form of enhancement.