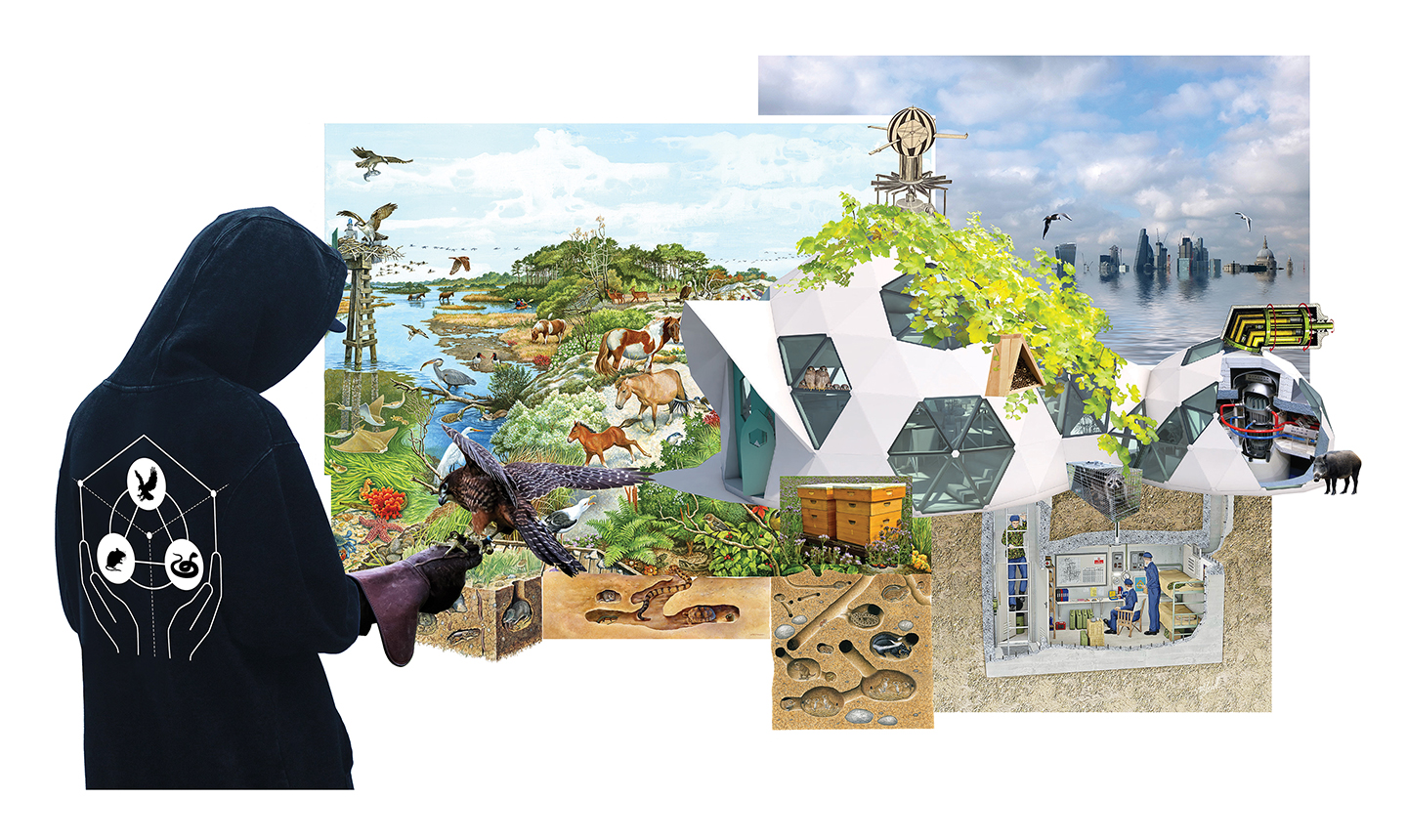 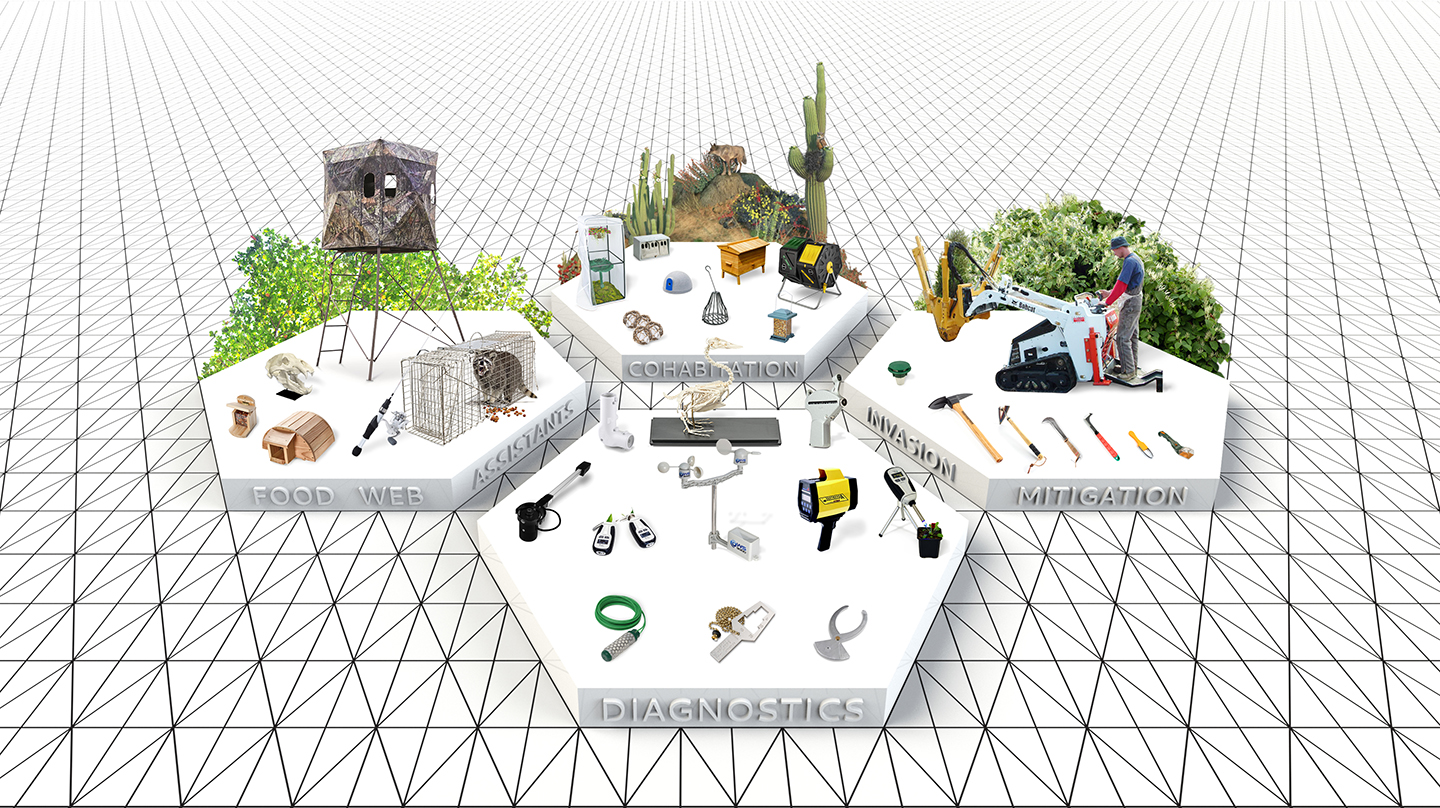 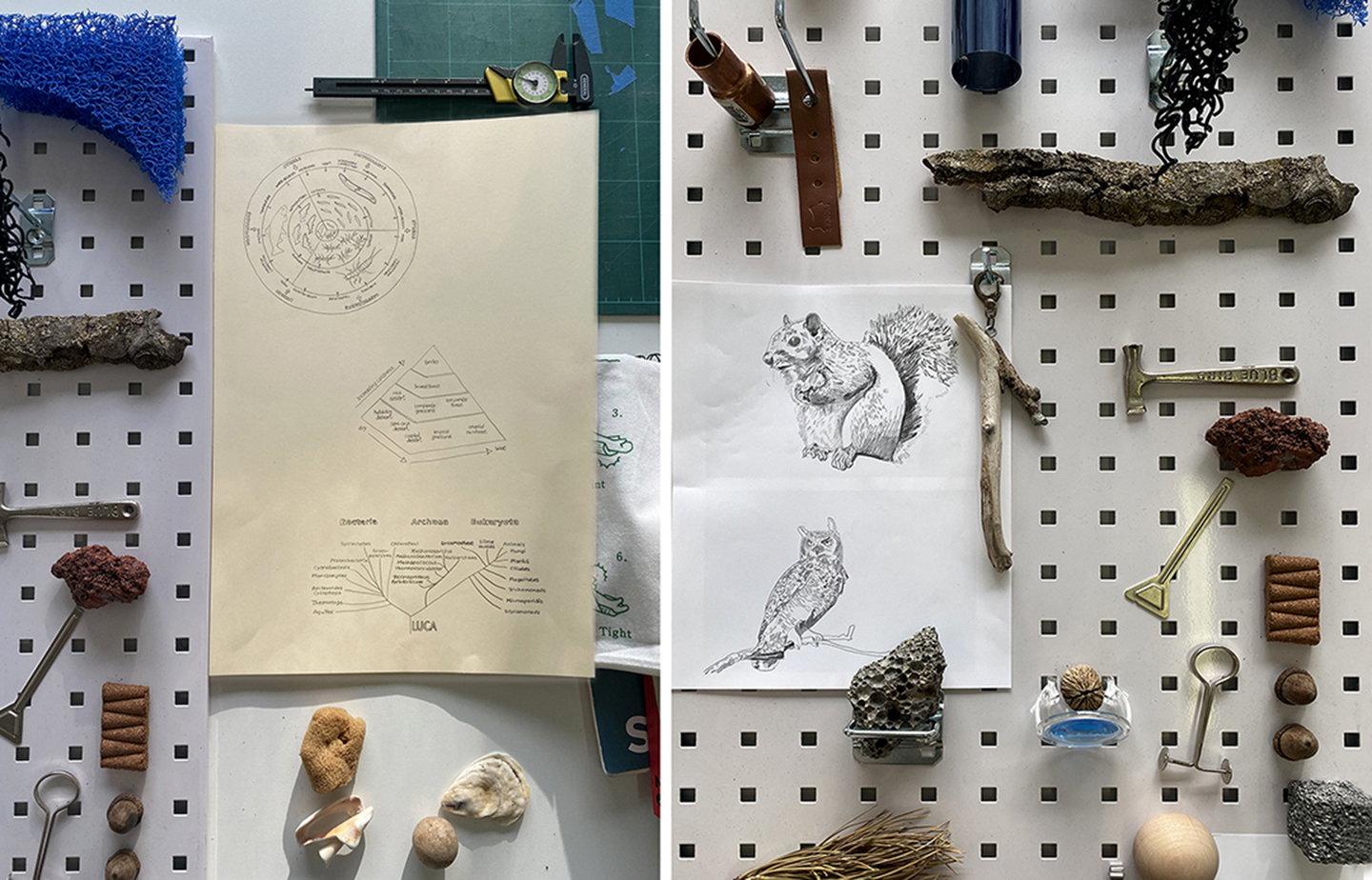 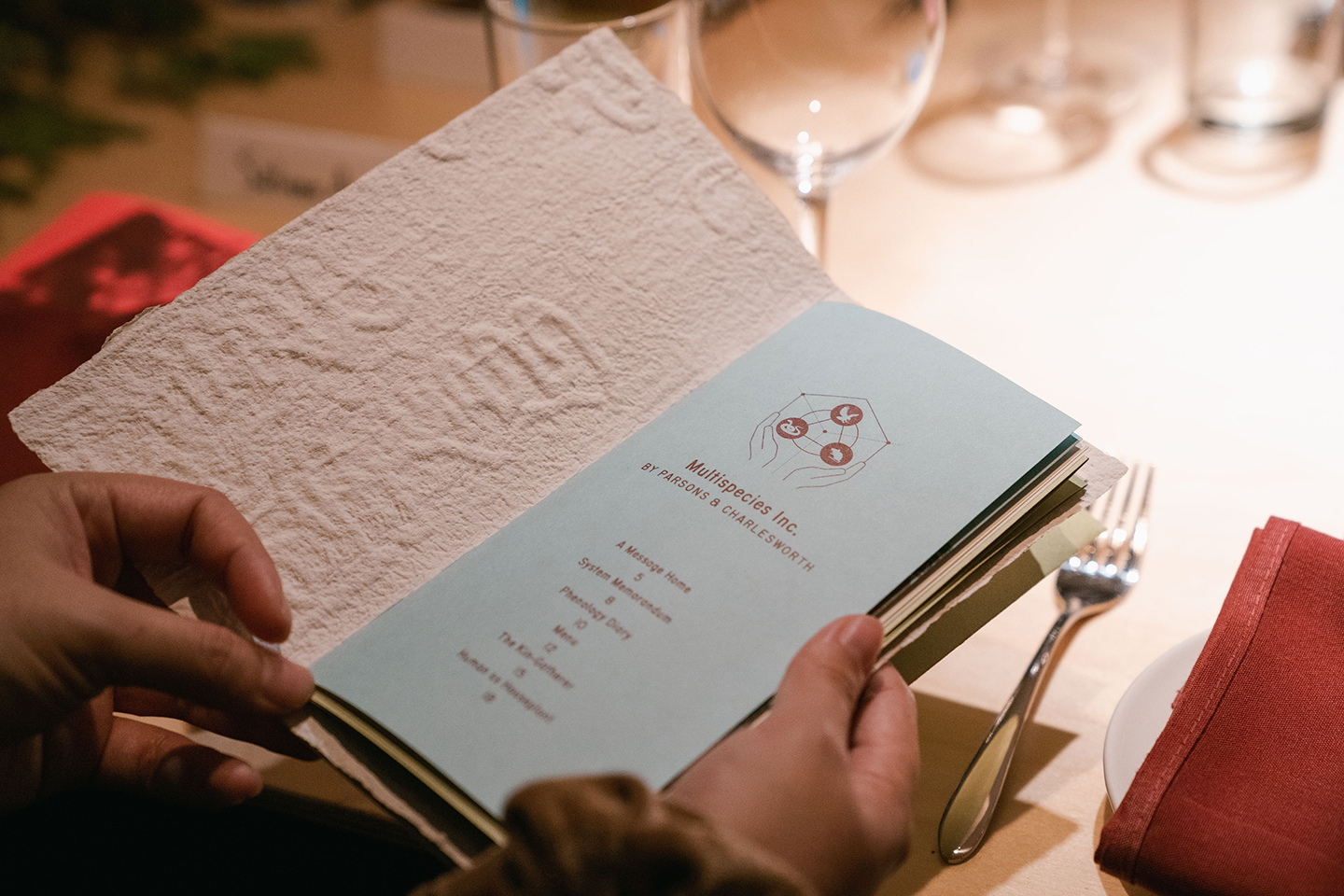 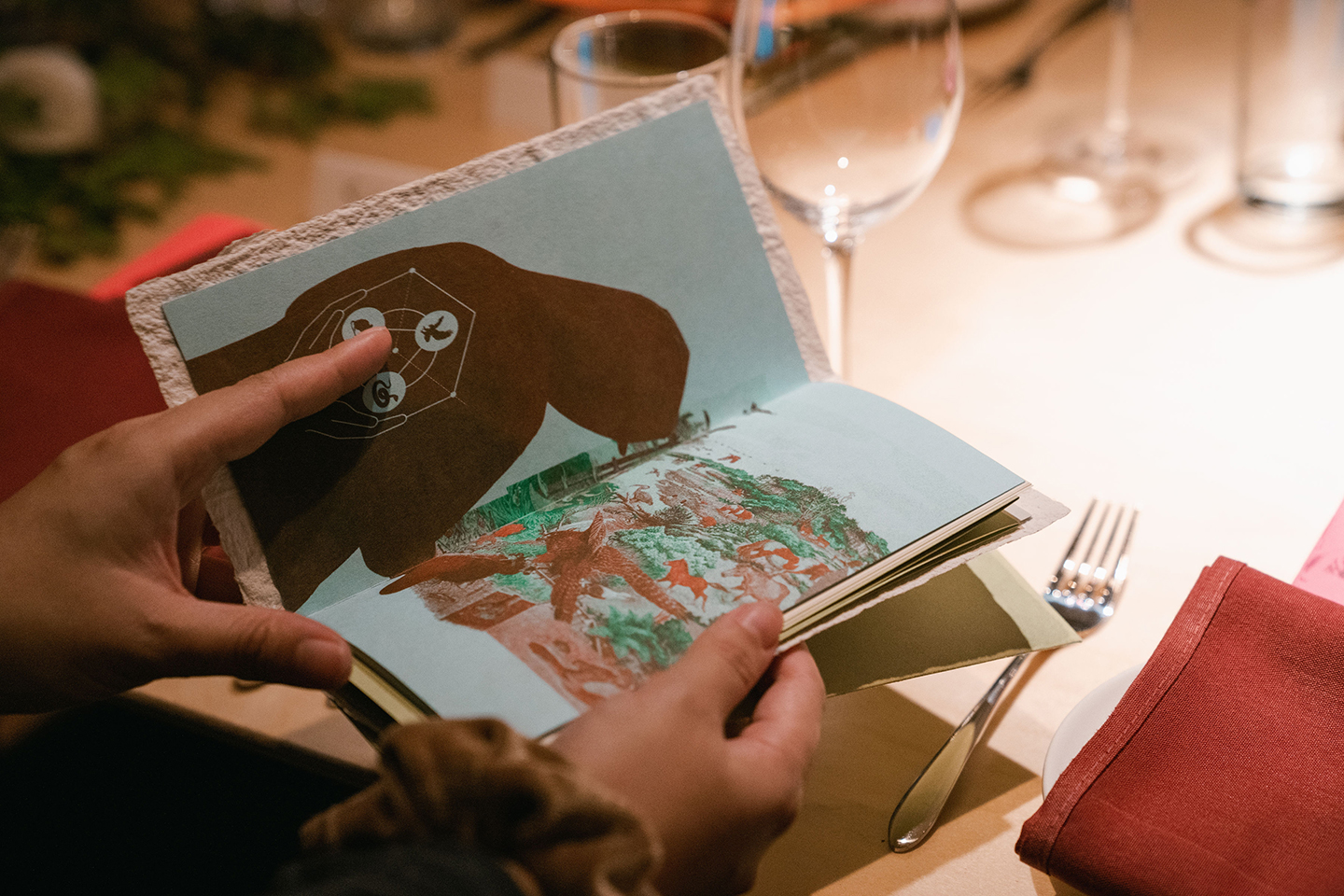 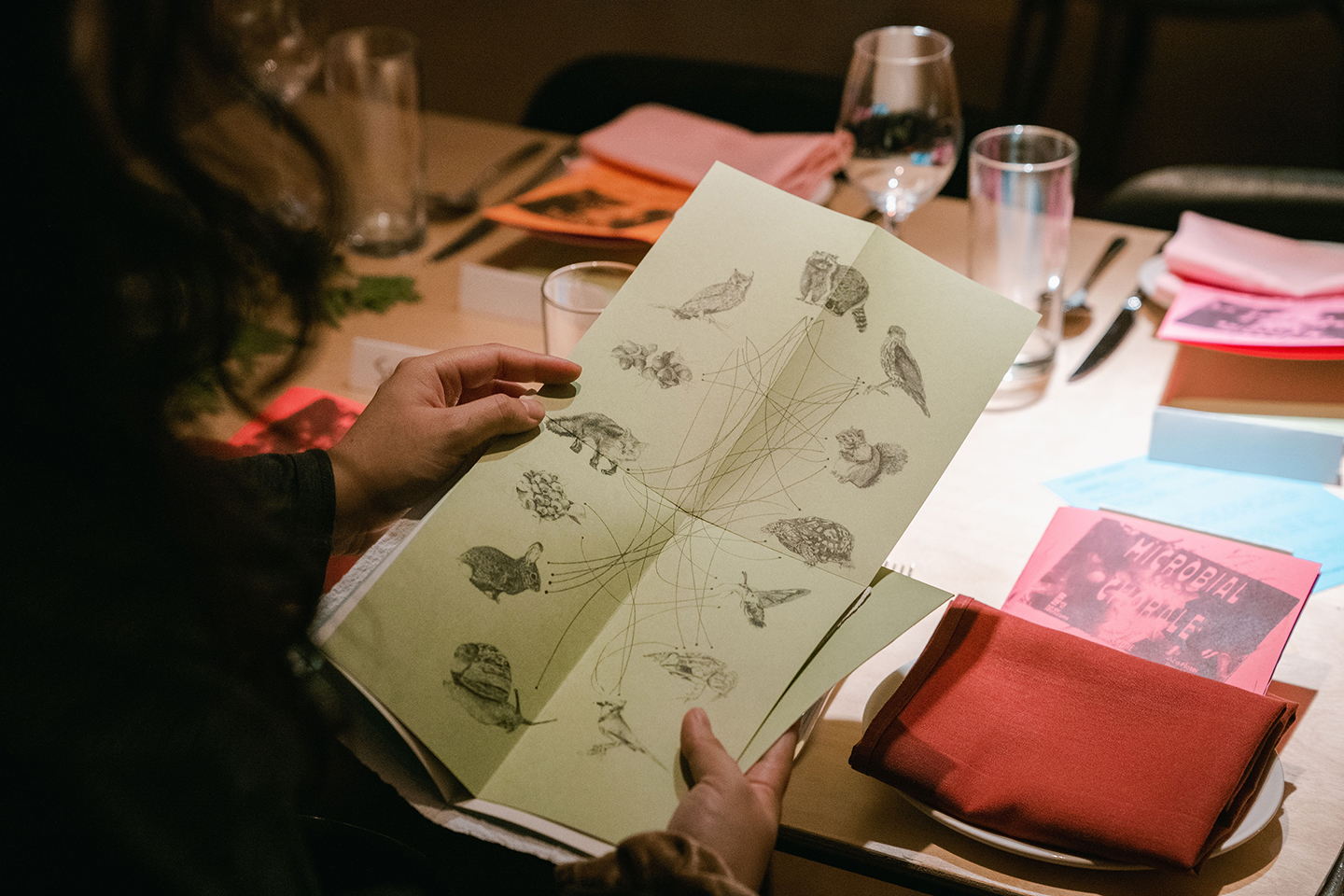 Multispecies Inc. is the working title for an ongoing series of projects exploring multispecies future imaginaries that offer a glimpse into a future world of multispecies cohabitation, non-human-centric living and AI biome modeling. Our aim is to create a series of works that examine and critique our desire to both convene with, and control “nature”, revealing moral dilemmas and opening up these subjects for further discussion. Continuing our process of using fictional entities as vehicles for the exploration of prescient topics, we created Multispecies Inc., an organization that makes tools for “multispecies living”, as part of a wider mission to ensure the flourishing of all non-human species.

Through the outputs of this visual arts climate fiction, we are exploring questions including:

The project responds to several developments including the species turn in anthropology (which has seen animals, plants, fungi and microbes treated like humans in ethnographic studies), the successful attempts to grant personhood to natural wonders, and the emergence of the zoöp, a new company structure  that gives voice to non-humans. In contrast with utopian or dystopian climate futures, the project aims to provoke questions about how far humans would be prepared to go to advance multispecies cohabitation, and what role advanced technologies might play.

The project has emerged from several strands of research including the AHRC funded design research project Design for the Unthinkable World, in which six design studios were asked to explore design for a non-human-centric future – an unthinkable world – while avoiding apocalyptic predictions.

Outputs so far include the digital collages shown above, which speculate upon the organizational structure and living environment of members of Multispecies Inc., and a 28 page illustrated booklet produced for NEW INC’s Microbial Chorale dinner event. The booklet features six short stories describing a future landscape where humans attempt to make kin with other species through the use of technology. Notably, The Kin Gatherer, read at the event by Taja Cheek, describes an encounter that a member of Multispecies Inc. has with a tree, a euphoric experience in which technology provides sensorial enhancement, enabling radical empathy. The stories are presented in a limited edition booklet, designed in collaboration with Michael Savona. Each cotton rag paper cover was hand-made at the artist’s studio. The cover is hand-cast into a mold taken from the surface of an ash tree killed by the emerald ash borer beetle. The indentations in the cover are the channels created by the larvae, which disrupt tree’s ability to carry nutrients.

The next iteration of the project will be an exhibition and accompanying programming at Compound Yellow, an experimental project space in Chicago, during summer 2023.