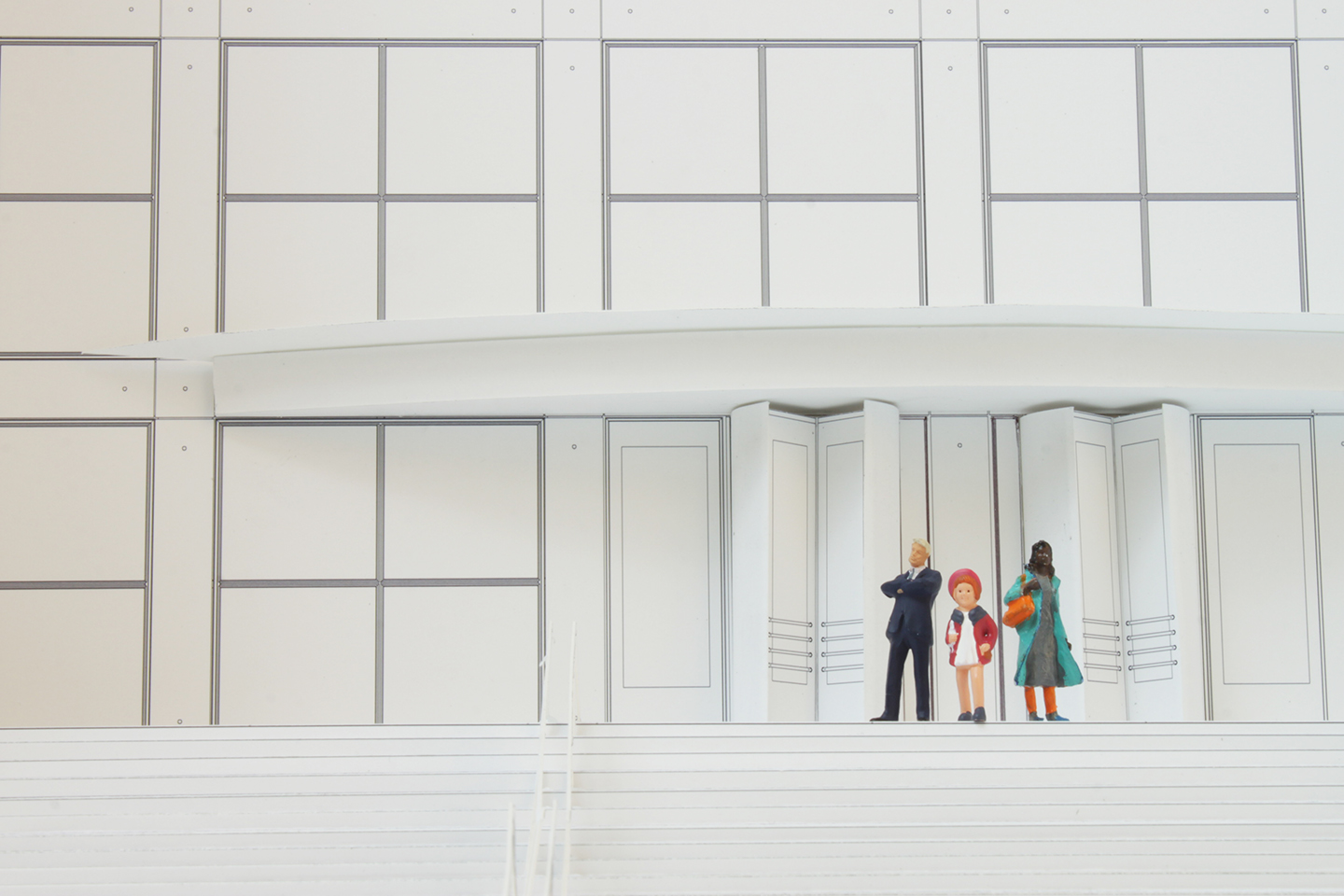 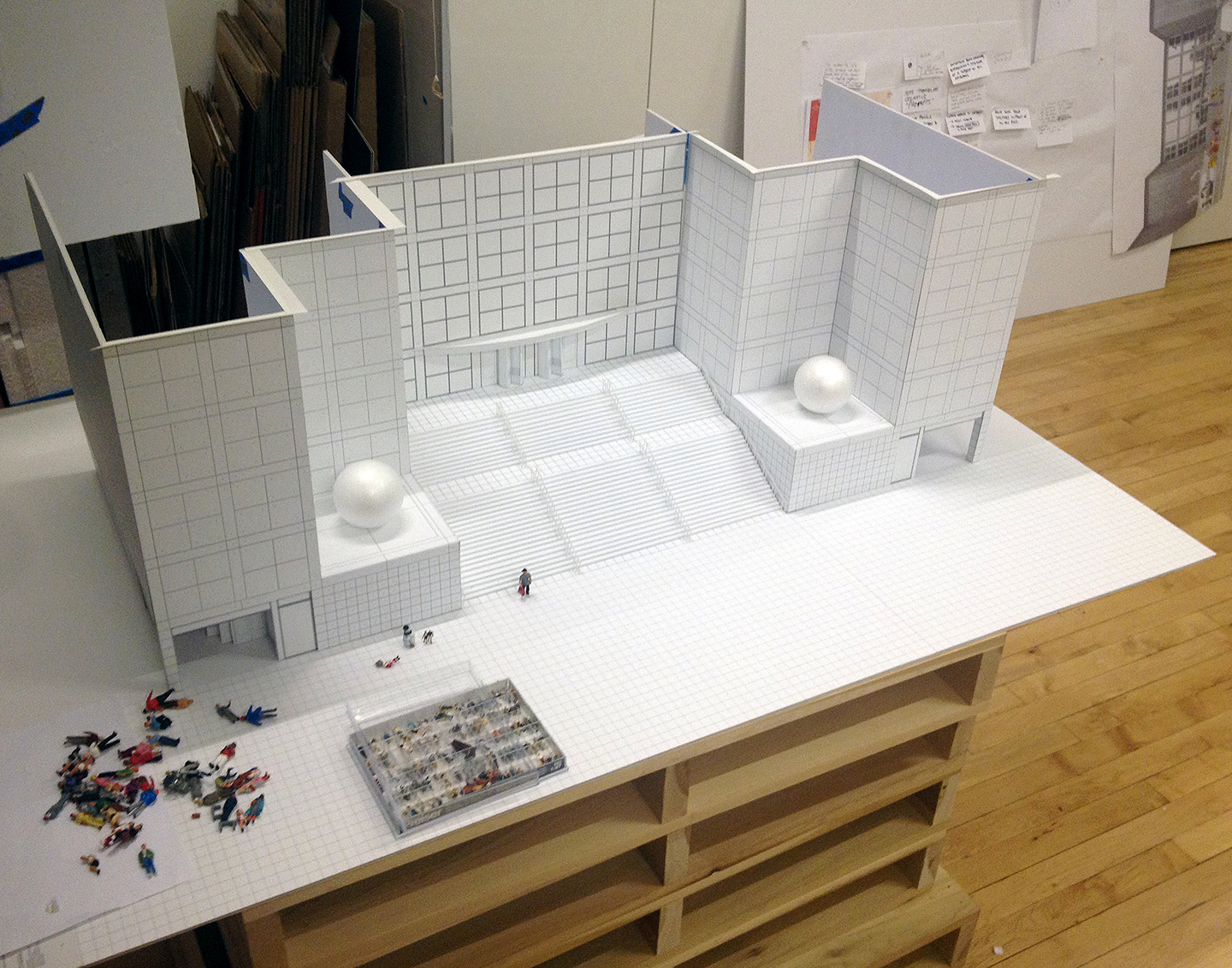 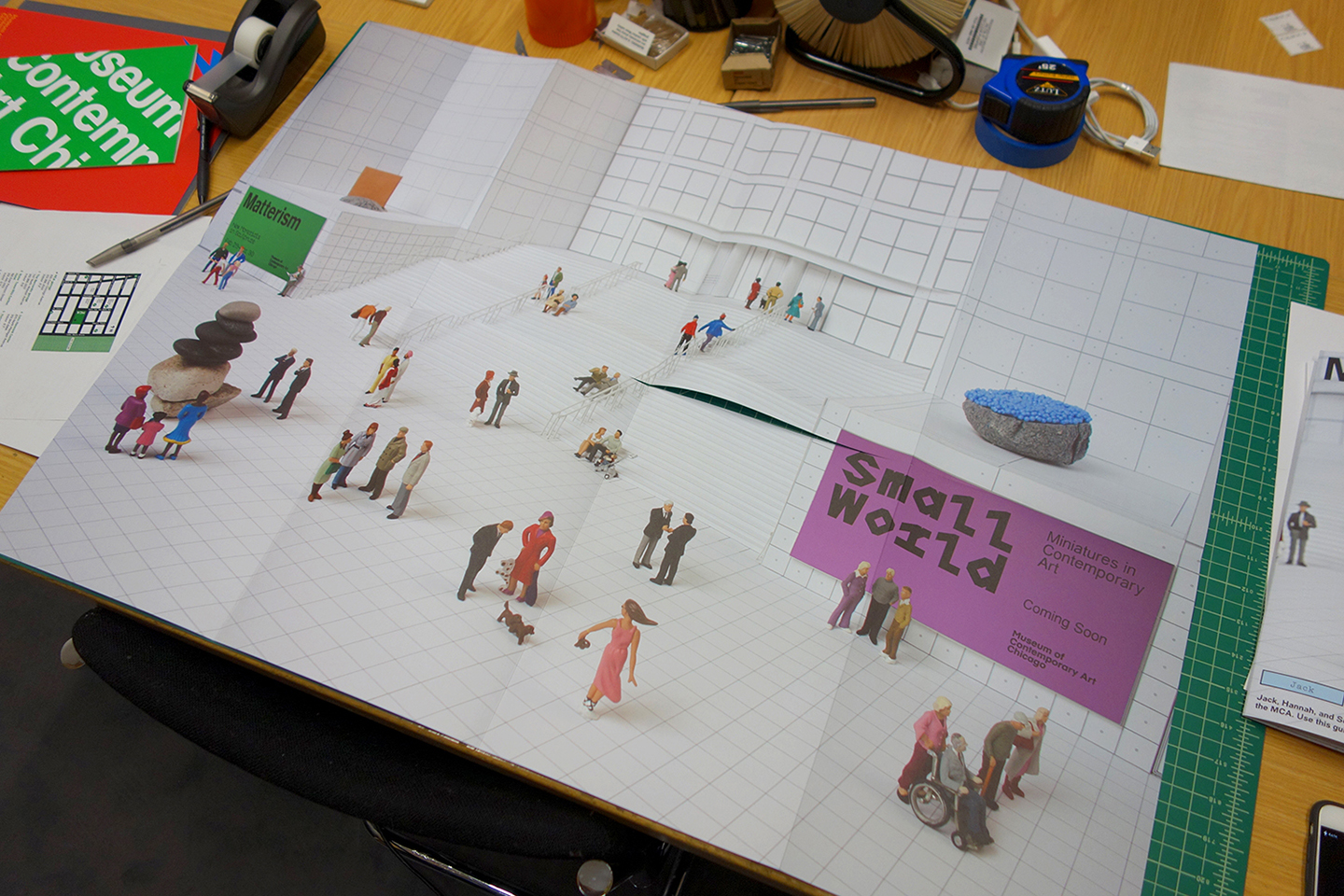 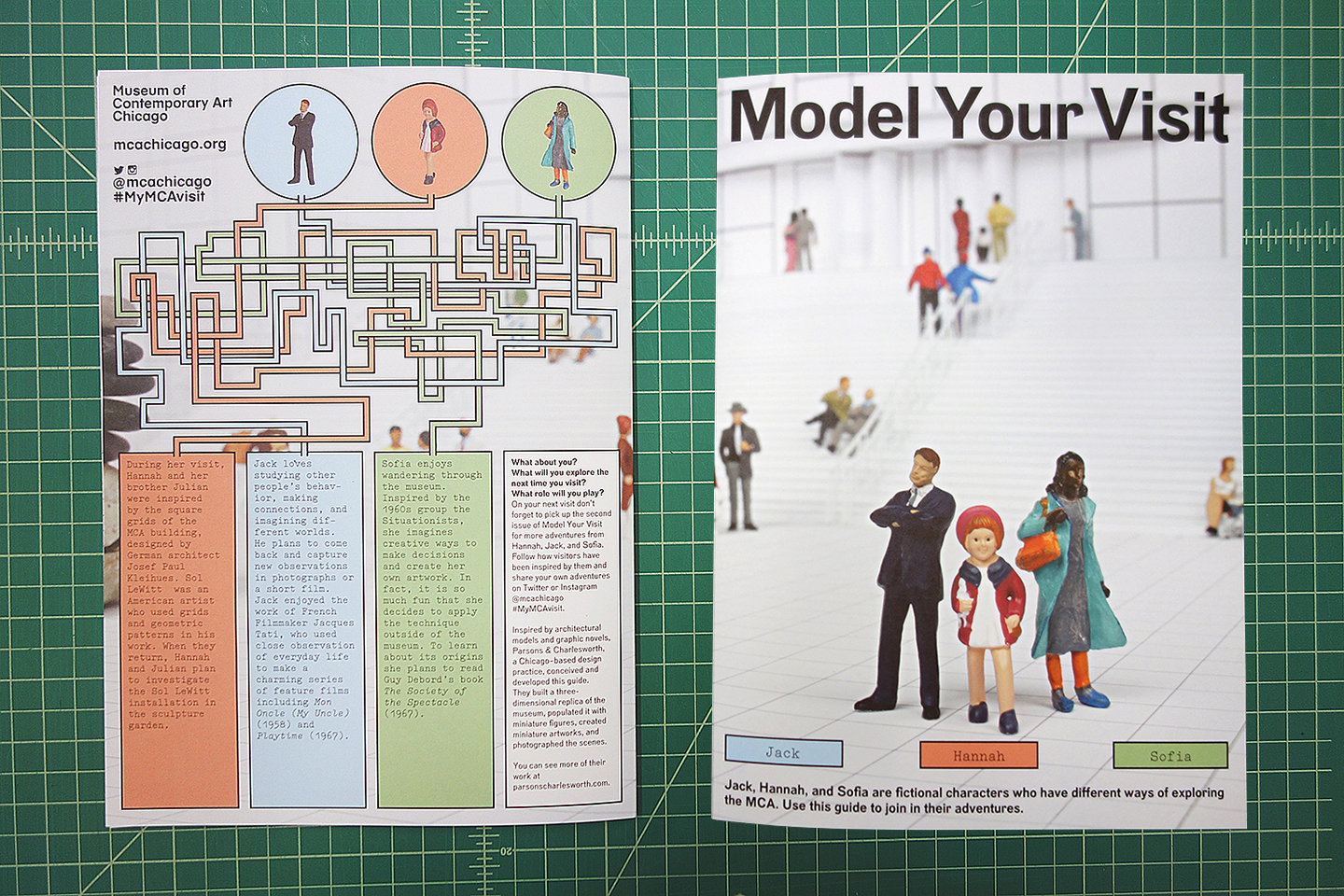 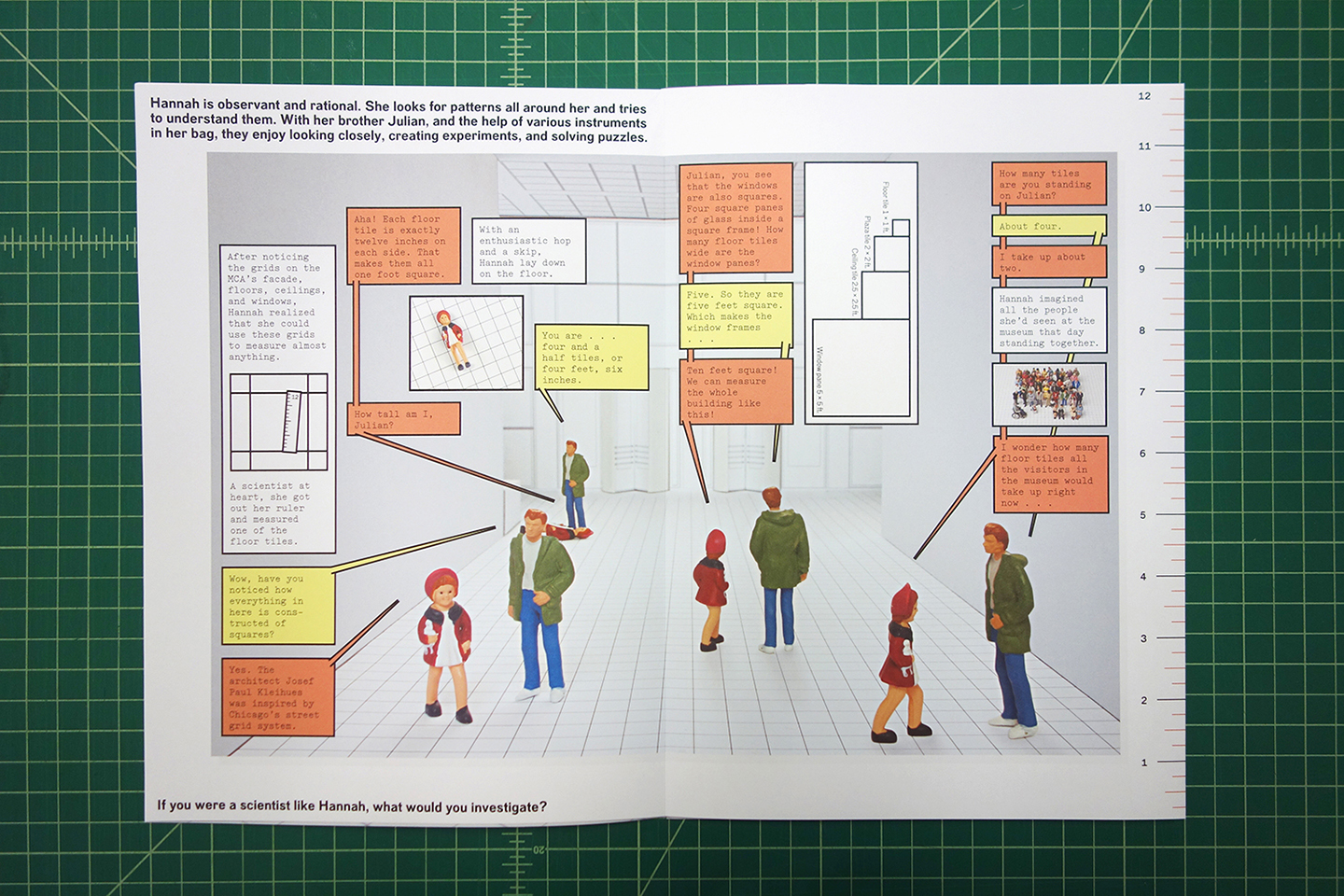 Model Your Visit was a commission from the Education department of the Museum of Contemporary Art, Chicago (MCA) to design a publication that would enhance the visitor experience, particularly for children. We constructed detailed scale models of the museum as backdrops to tell the stories of three fictional characters, each of whom have different ways of experiencing the museum at miniature scale.

The 1:50 scale models provided a stage-set for the representation of activities inside the museum. We created five different models to photograph for the piece, and populated them with figures of the kind used by model railway enthusiasts, most of which were made by the German company Preiser. The inside of the guide opens out to show one large image of the front of the museum, with various figures set up in different poses. We also created scale sculptures for the plinths either side of the stairs and the plaza. We invented fictional exhibition posters with the help of Bryce Wilner from the MCA’s Design, Print and Media department, who also designed the typographic treatment and graphic identity for the guide.

As well as being inspired by architectural models we were also interested in having the piece read like a graphic novel. The graphic novel provides an ideal reference point in term of encouraging visitors to tell their own story as they go through the museum, and to relay that story to others after their visit. We attempted to capture the qualities of a graphic novel in the printed piece by layering in characters, locations and activities, while leaving it open enough to allow visitors to imagine their own narratives.