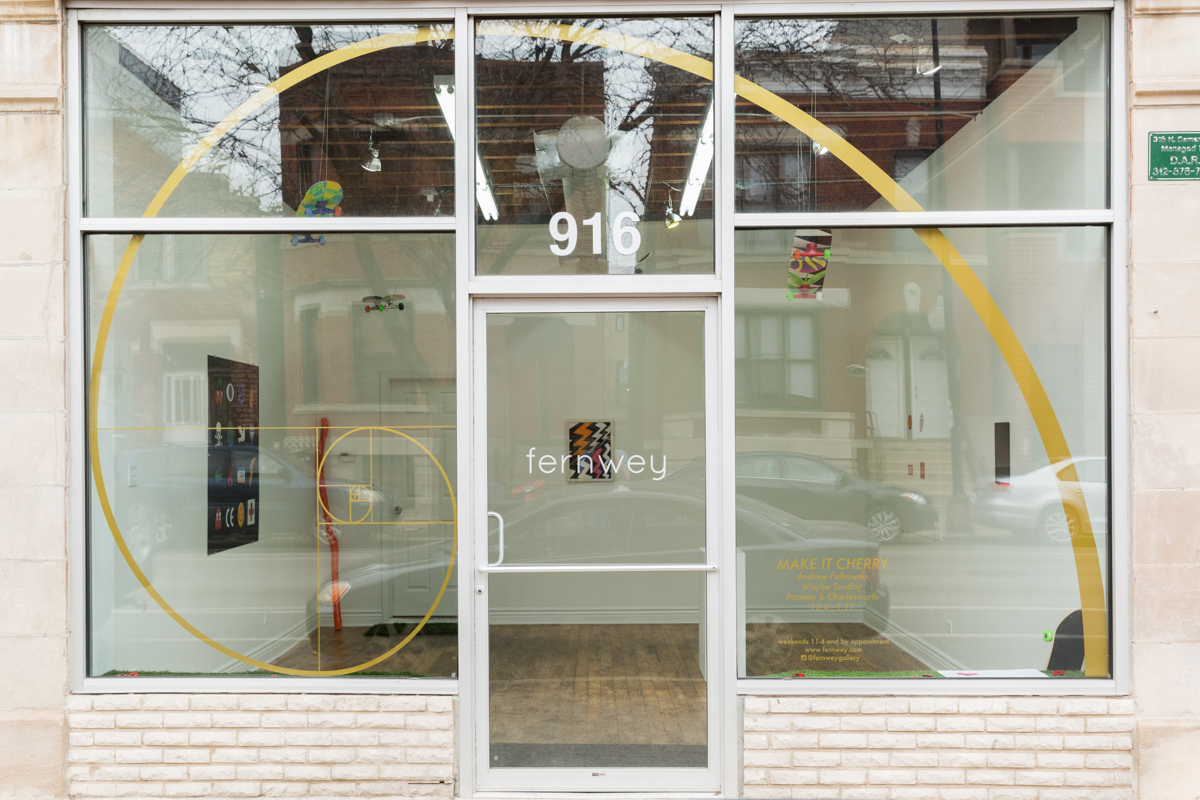 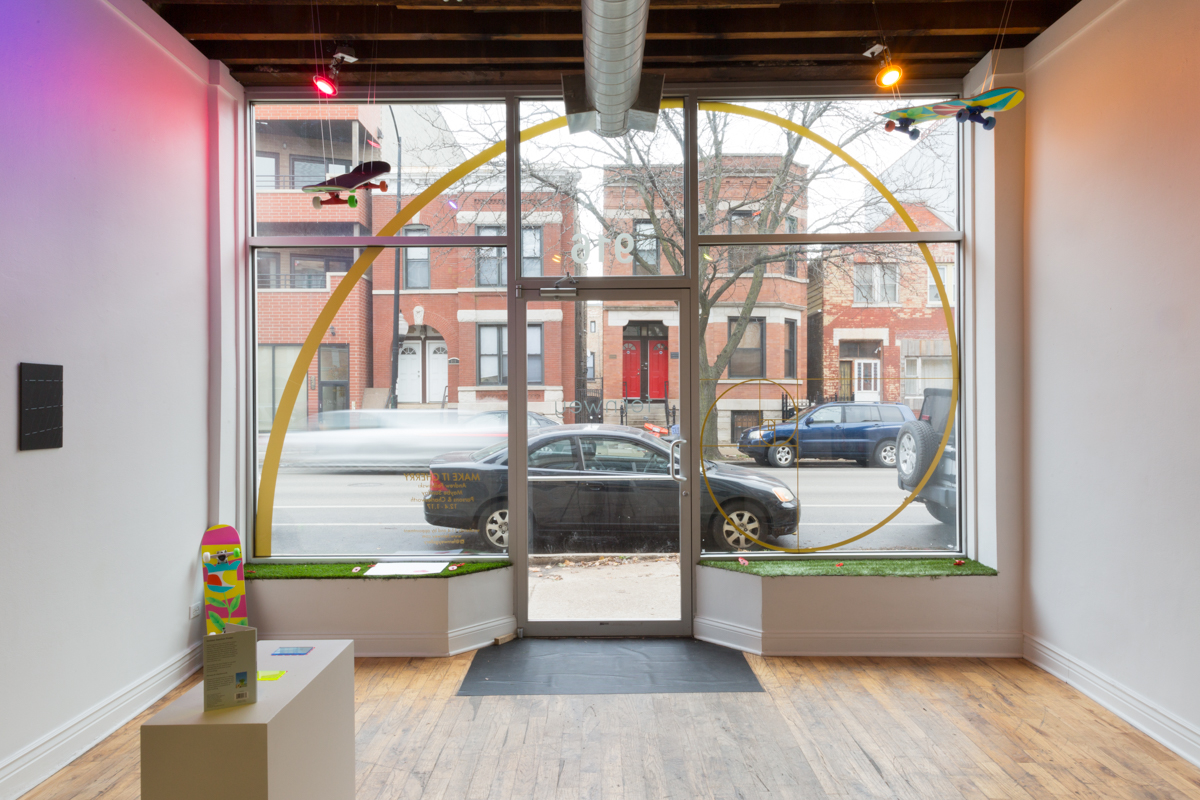 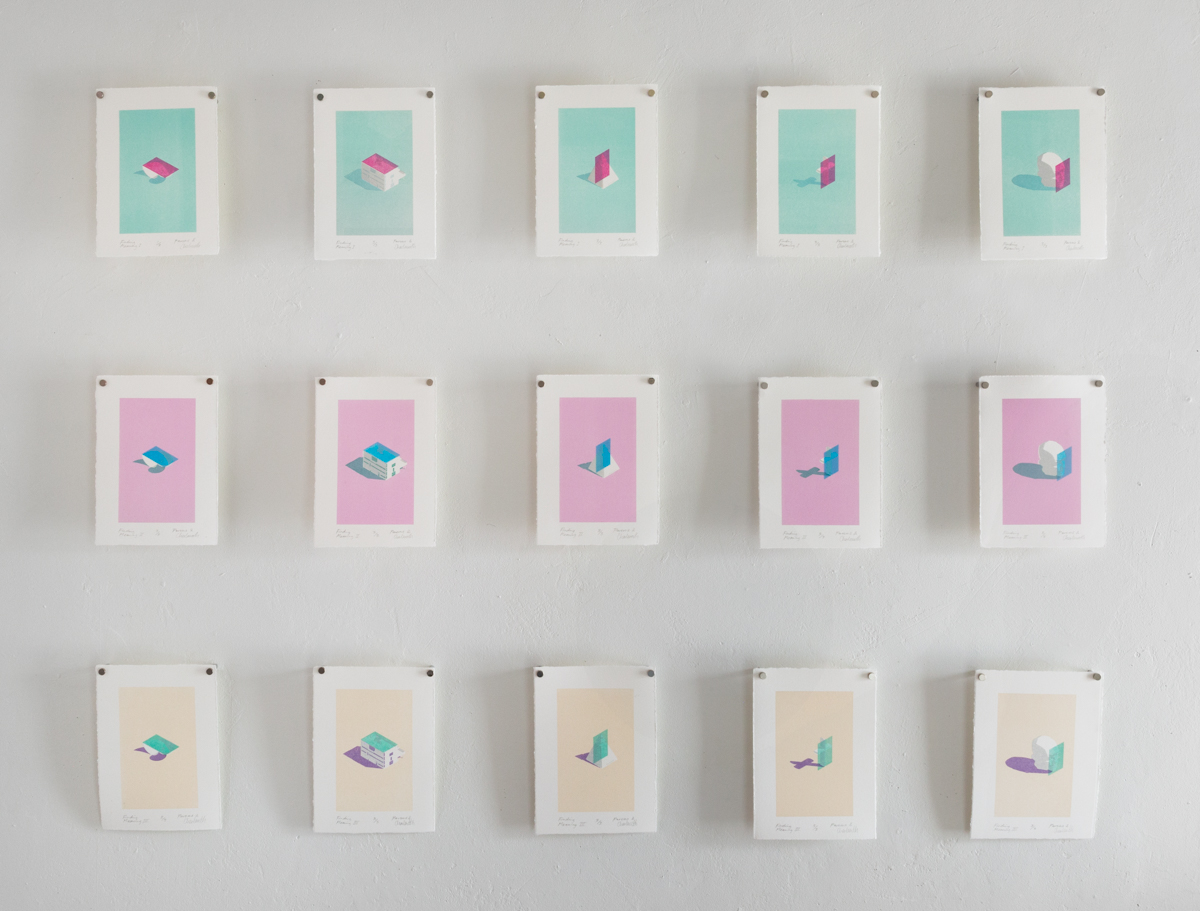 Fernwey gallery, an artist-run space dedicated to promoting the work of emerging and mid-career artists in Chicago, asked us to participate in a group show with fashion designers Maybe Sunday and artist Andrew Falkowski, based on themes of fetishism and perfection in production.

For the resulting exhibition Make It Cherry, we showed three works that related to the golden ratio. Noticing that the windows of the gallery formed a golden ratio rectangle we installed a golden ratio spiral in gold vinyl on the storefront. The Golden Section Finder was on show inside, as was a boxed set of five lithographs, commissioned and printed by Fernwey Editions entitled Finding Meaning. Following the release of the Golden Section Finder, Finding Meaning continued our meditation upon the application of the Golden ratio/section/mean by highlighting five ways in which it is interpreted and applied.

Each lithograph contains a golden section rectangle superimposed over a symbol denoting a reading of the ratio. These are; its application in architecture (Le Corbusier’s Villa Stein), its use by Creationists (the cross), its use in determining human facial beauty (the human head), its appearance in nature (the shell) its use by conspiracy theorists (the Eye of Providence).  Offered in three color variants and made in an edition of three per color variant, they are available from Fernwey Editions priced at $100 a set.