Listen to a short story about The Charists read by Gemma Layton.
Play 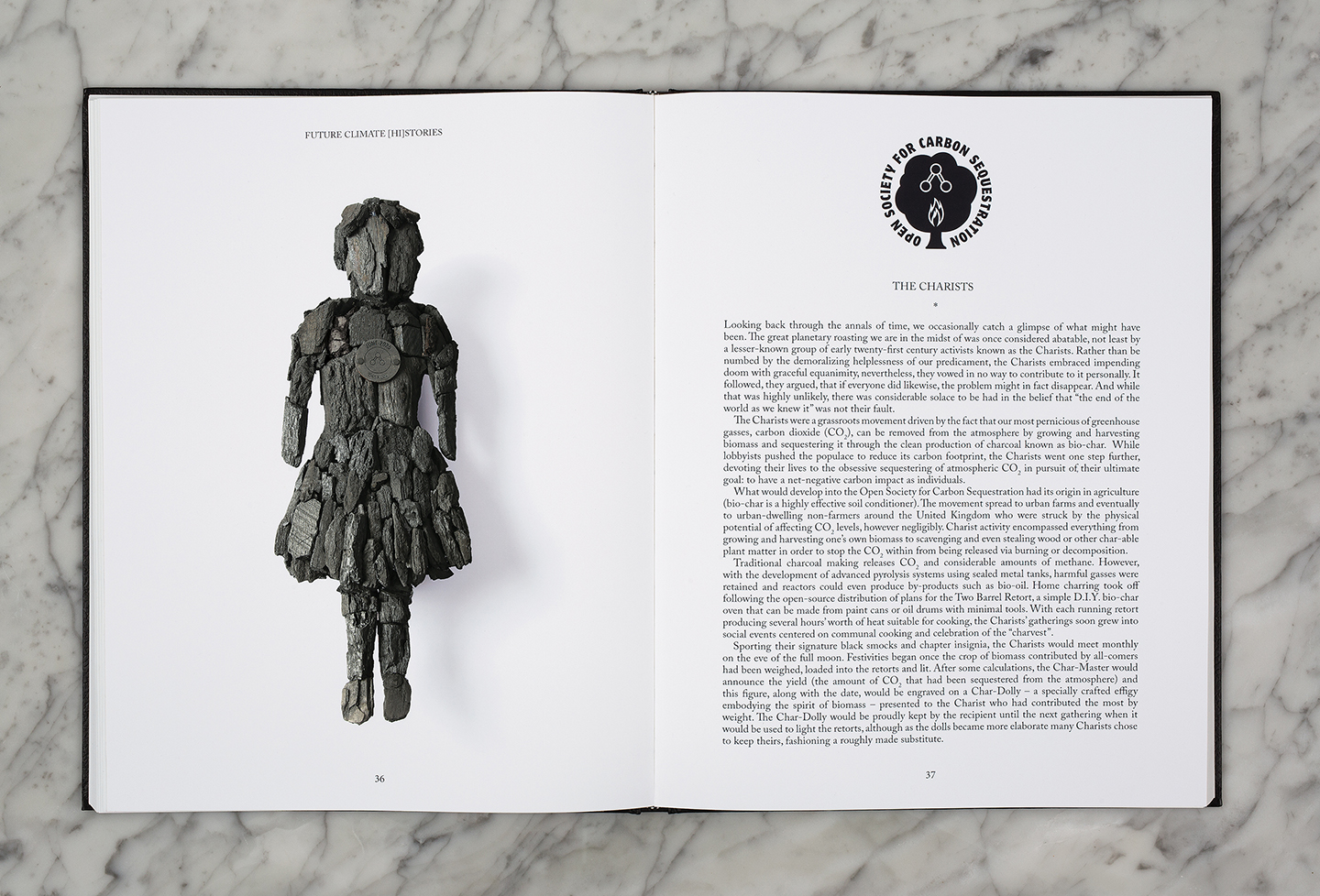 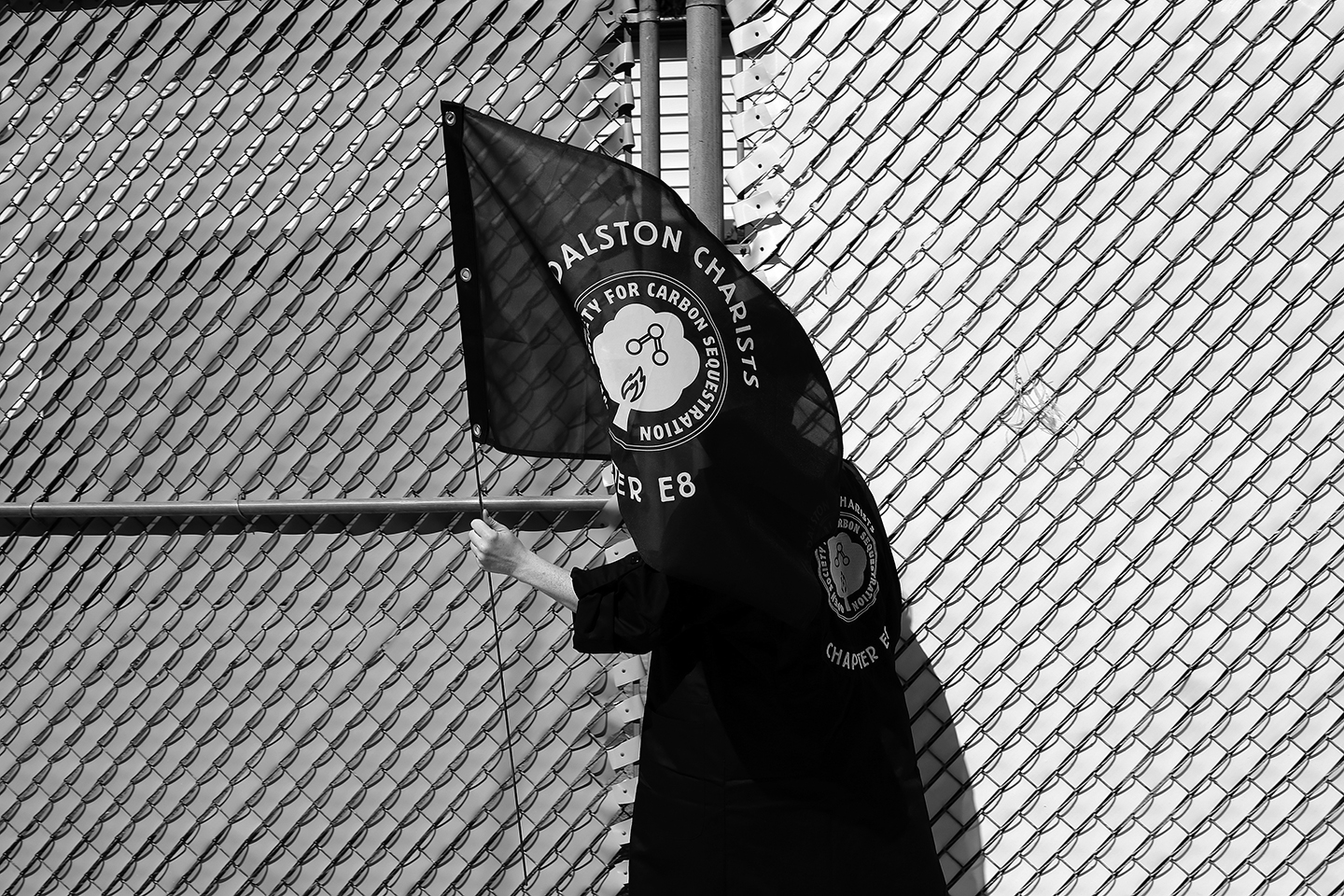 In the lead up to the Paris climate summit in December 2015, UK journal Disegno, commissioned us to reconsider the climate change campaign and produce a piece of work for their 2°C climate change issue and an exhibition at The Aram Gallery in London.

Our initial approach was to form an understanding of climate science and the current narrative of various activist organizations. After reading a provocative essay by Margaret Atwood we focused upon the science of carbon sequestration (locking carbon away on Earth so as to avoid it becoming a harmful greenhouse gas). Another key strand of research looked at the value of storytelling. Writer Neil Gaiman’s ‘How Stories Last’ talk for The Long Now Foundation conveys how oral folk-tales have survived thousands of years without being written down. We combined these references with visual research on a range of eccentric British pagan traditions and festivals to create our own environmental folk tale and accompanying artifacts.

Drawing upon data about the amount of atmospheric carbon dioxide that could be removed from the atmosphere by growing, harvesting and turning biomass into “green” charcoal known as biochar in order to sequester it, the story conjured a fictional grassroots society – ‘The Charists’ – who devote their lives to producing biochar. Wearing smocks and waving flags, they produce a Char-Dolly at every monthly harvest of biomass, a ceremonial object given to the Charist who generates the largest amount of sequestered CO2 that month. The story held up a mirror to our current predicament where small actions feel futile unless repeated universally.