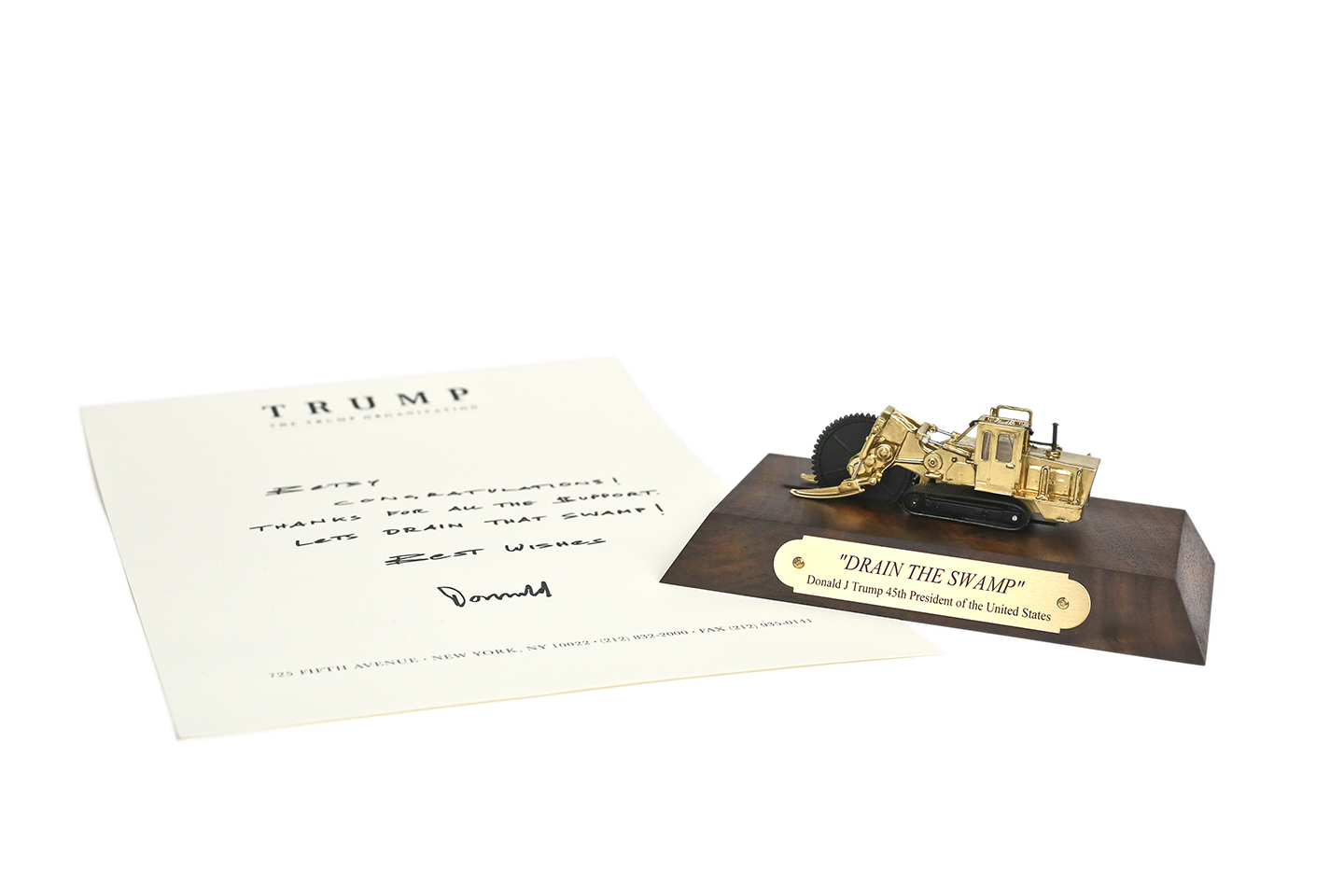 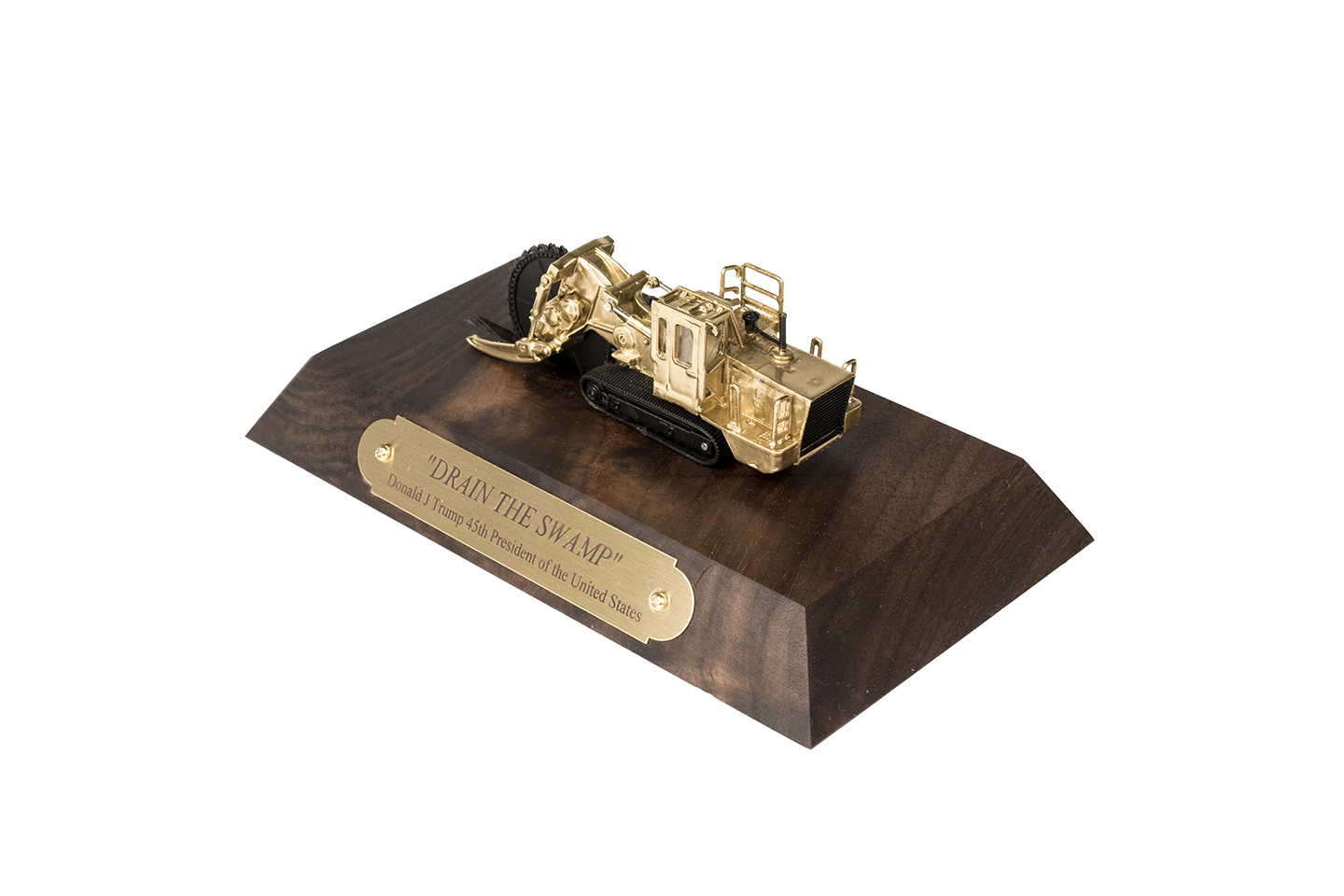 For design journal Disegno’s 14th edition we were asked for a design response to Donald Trump’s speculative campaign pronouncement that he would “drain the swamp.” Analyzing the term, which has been used by both sides of the political spectrum dating back to 1900, we wrote a short essay and produced a satirical object that comments on the hypocrisy of Trump’s statement considering his subsequent cabinet appointments, which included many campaign donors with deep vested interests in the positions they have been appointed to.

The object, a gold scale model of an agricultural swamp trencher, is presented as if it were a White House souvenir gift for donors. Accompanying it is letter which reads “Betsy, Congratulations! Thanks for all the $upport. Let’s drain the swamp! Best wishes Donald!” 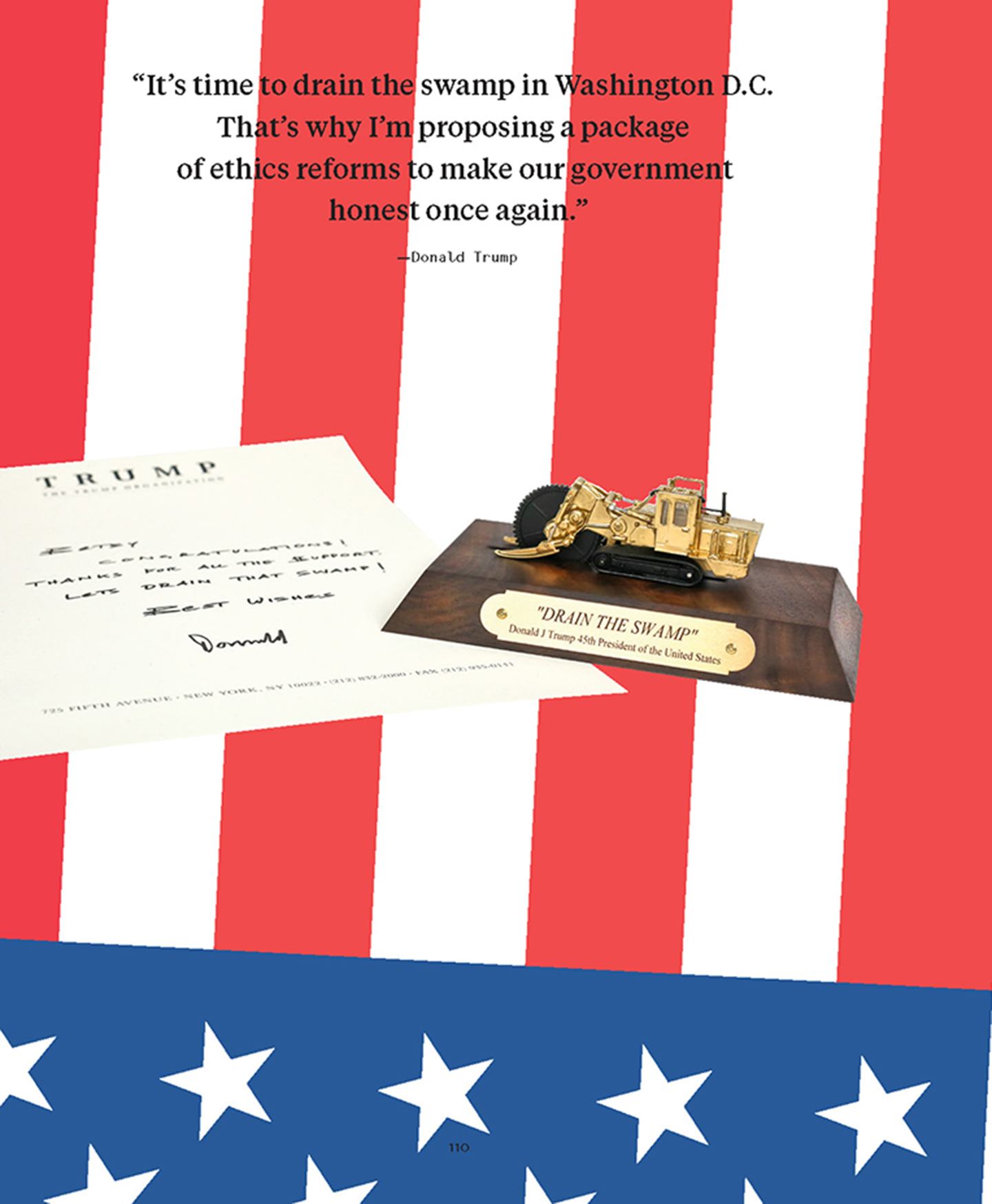