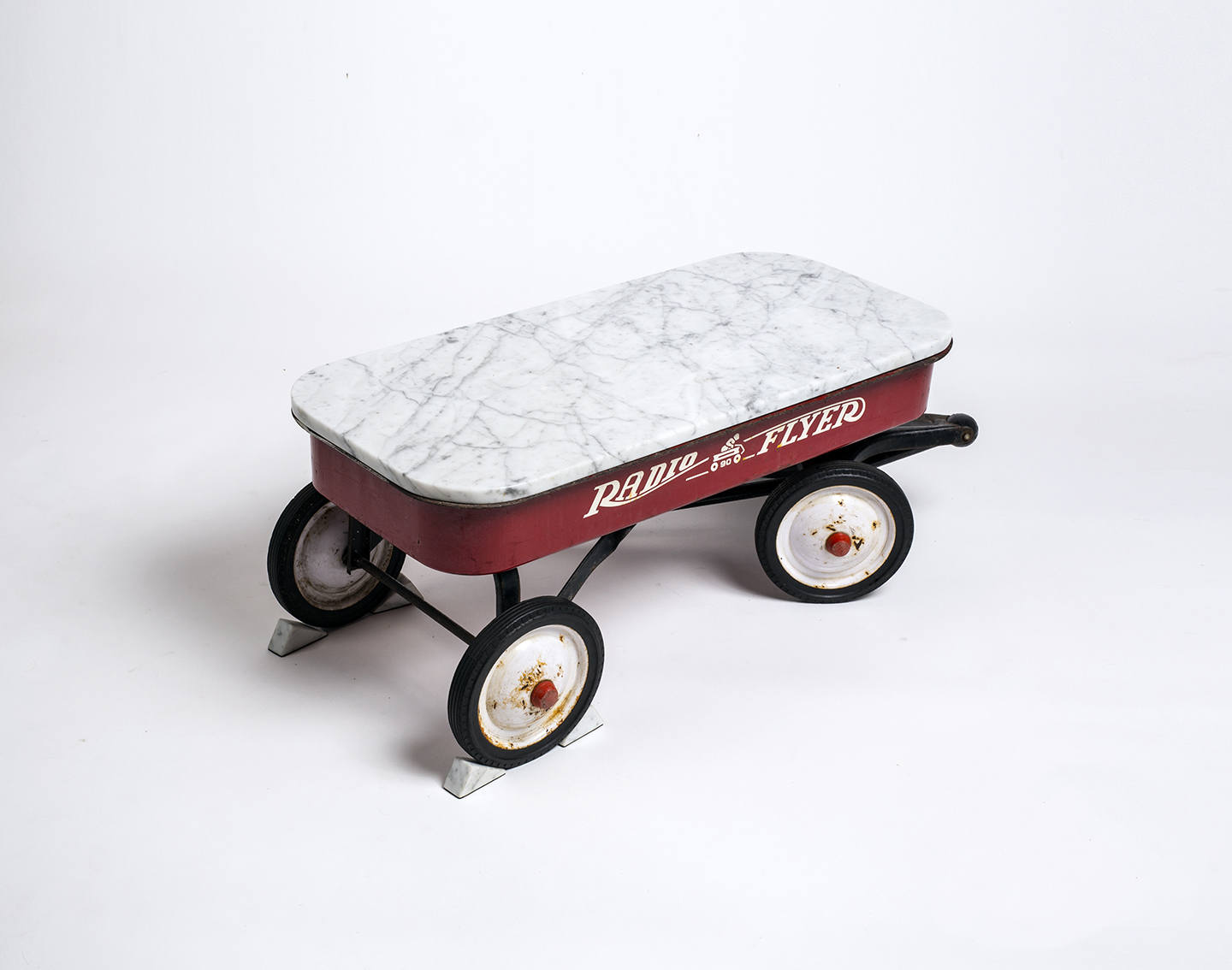 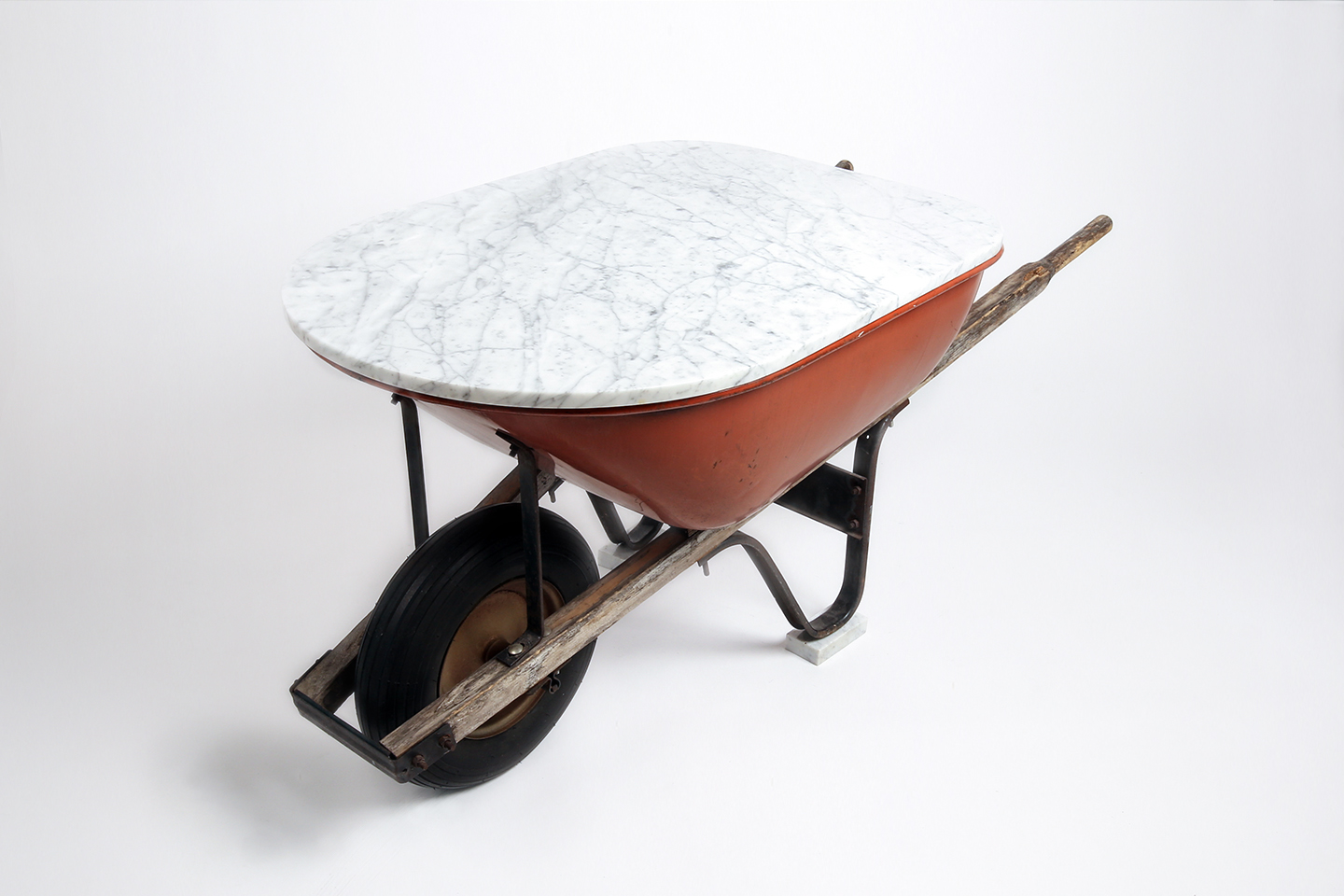 American Ad Hoc is an ongoing series of objects that adapt classic American products, re-appropriating them for interior domestic use. For the first collection, a red steel wheelbarrow, a Weber grill and a Radio Flyer have been converted into tables via the addition of tops made from Carrara marble. In an attempt to question entrenched ideas of domestic taste and celebrate the lives of “workhorse objects”, their marble tops enable these found objects to take pride of place in the domestic space.

All three source objects have a particular place in American consciousness, are robust due to their pressed metal construction, but are at the same time, generally overlooked as things of value. Bringing them into the home under the auspices of their use as furniture foregrounds their role as triggers of memories and offers them a dignified retirement from their previous duties. The juxtaposition of old and new (all the source objects are second-hand and show signs of age, while the marble is freshly cut) and of the mass produced with the rarefied, encourages the visitor to re-think conventional attitudes to what constitutes appropriate domestic furniture.