Adhocism: We Are Here (Exhibitions) 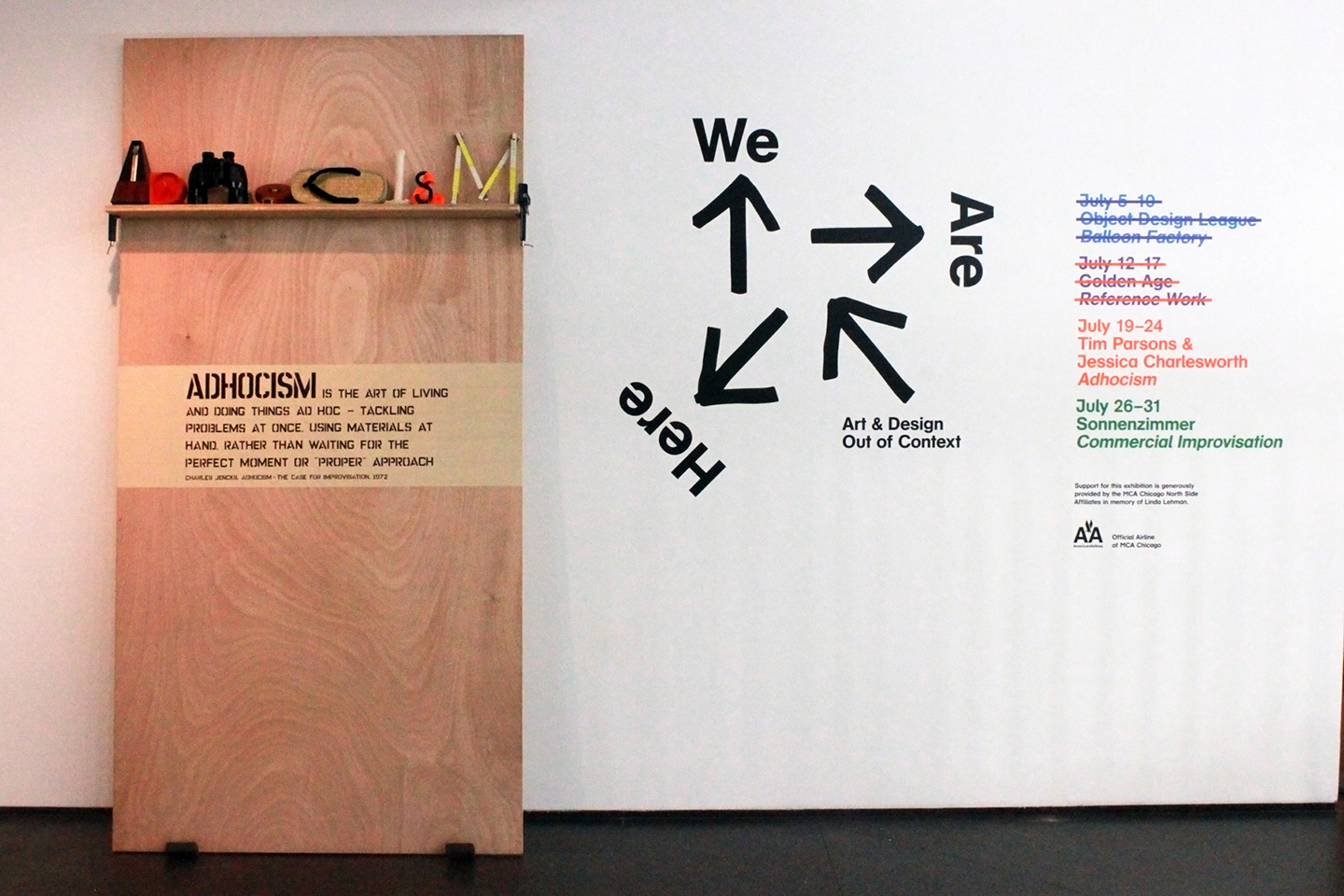 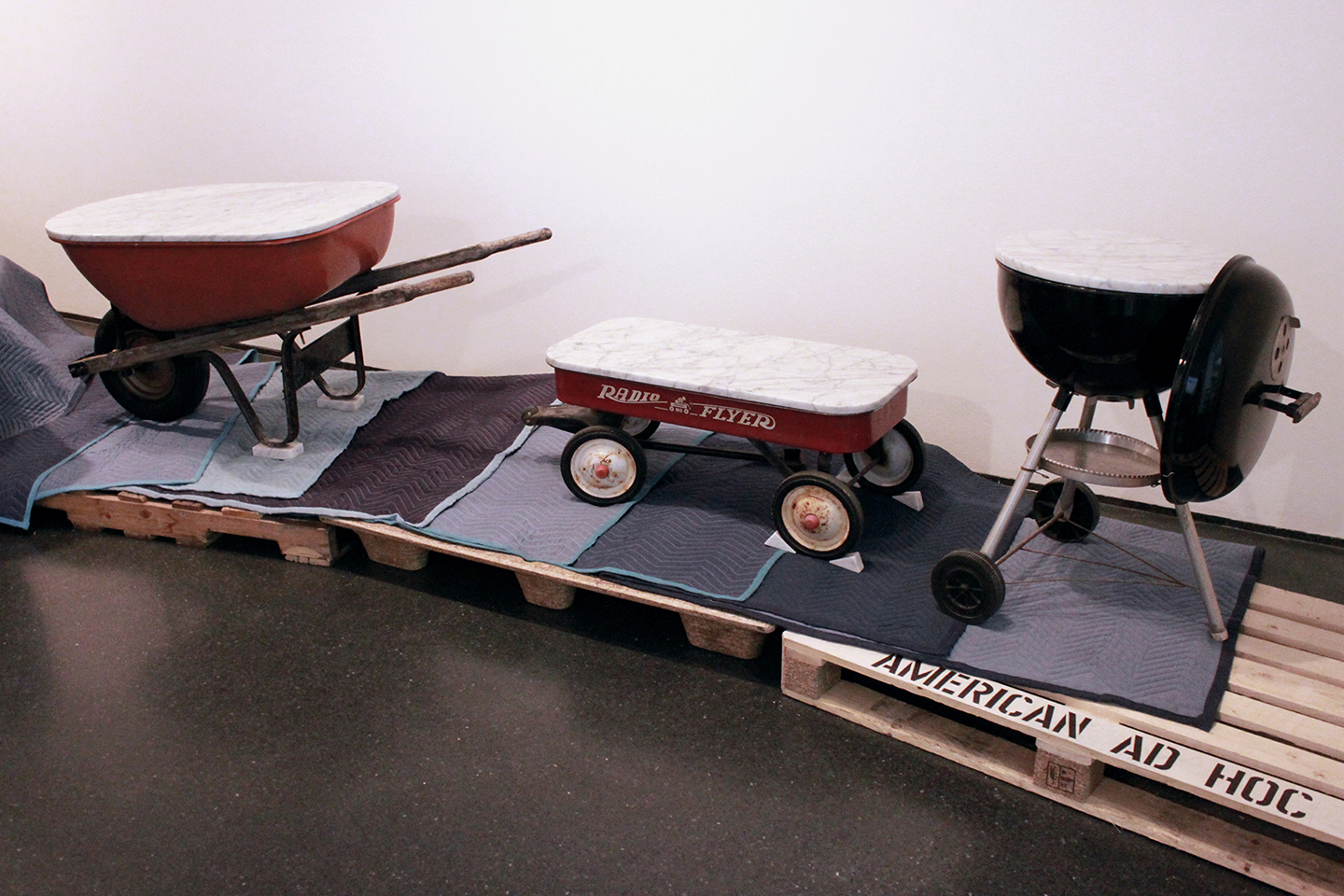 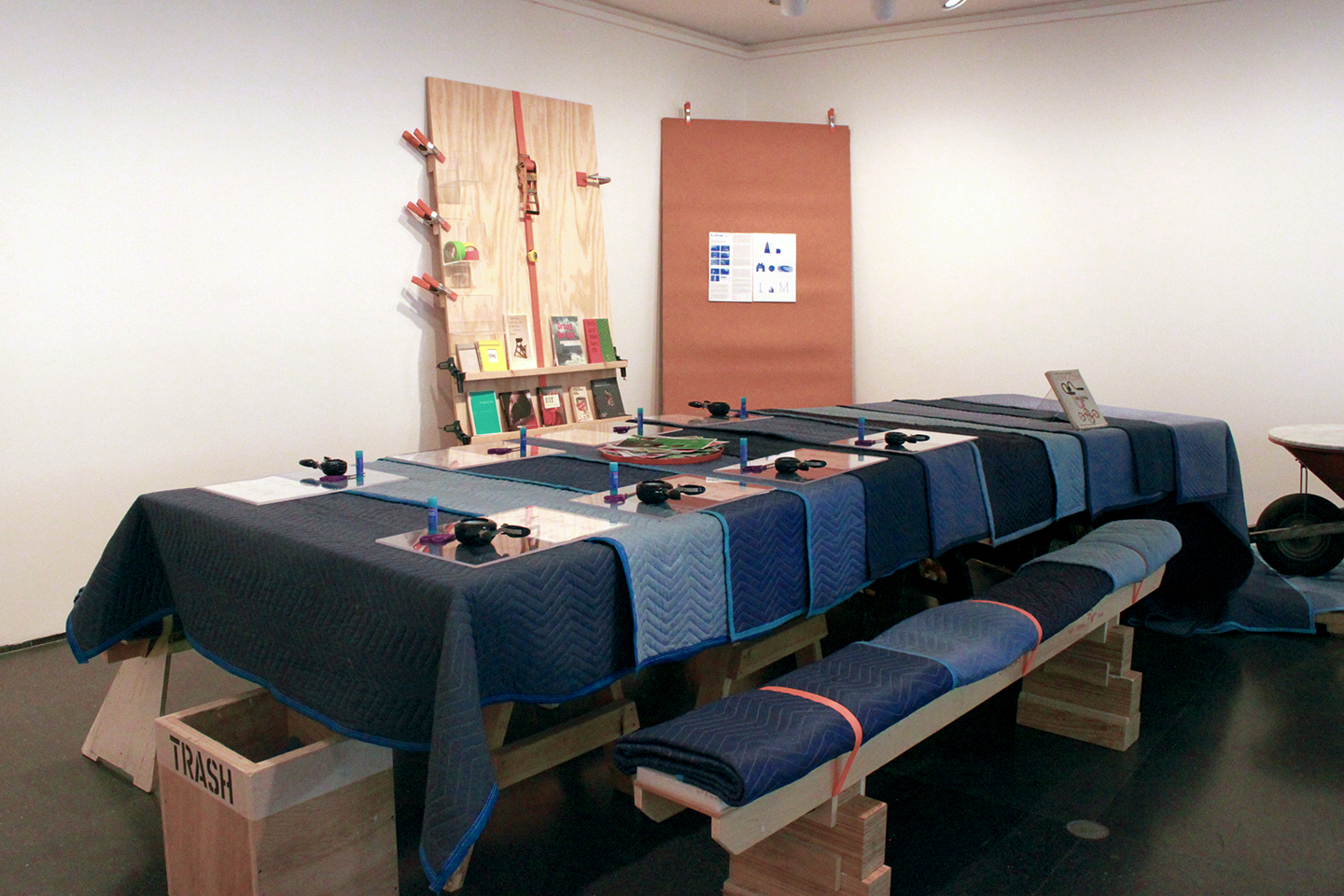 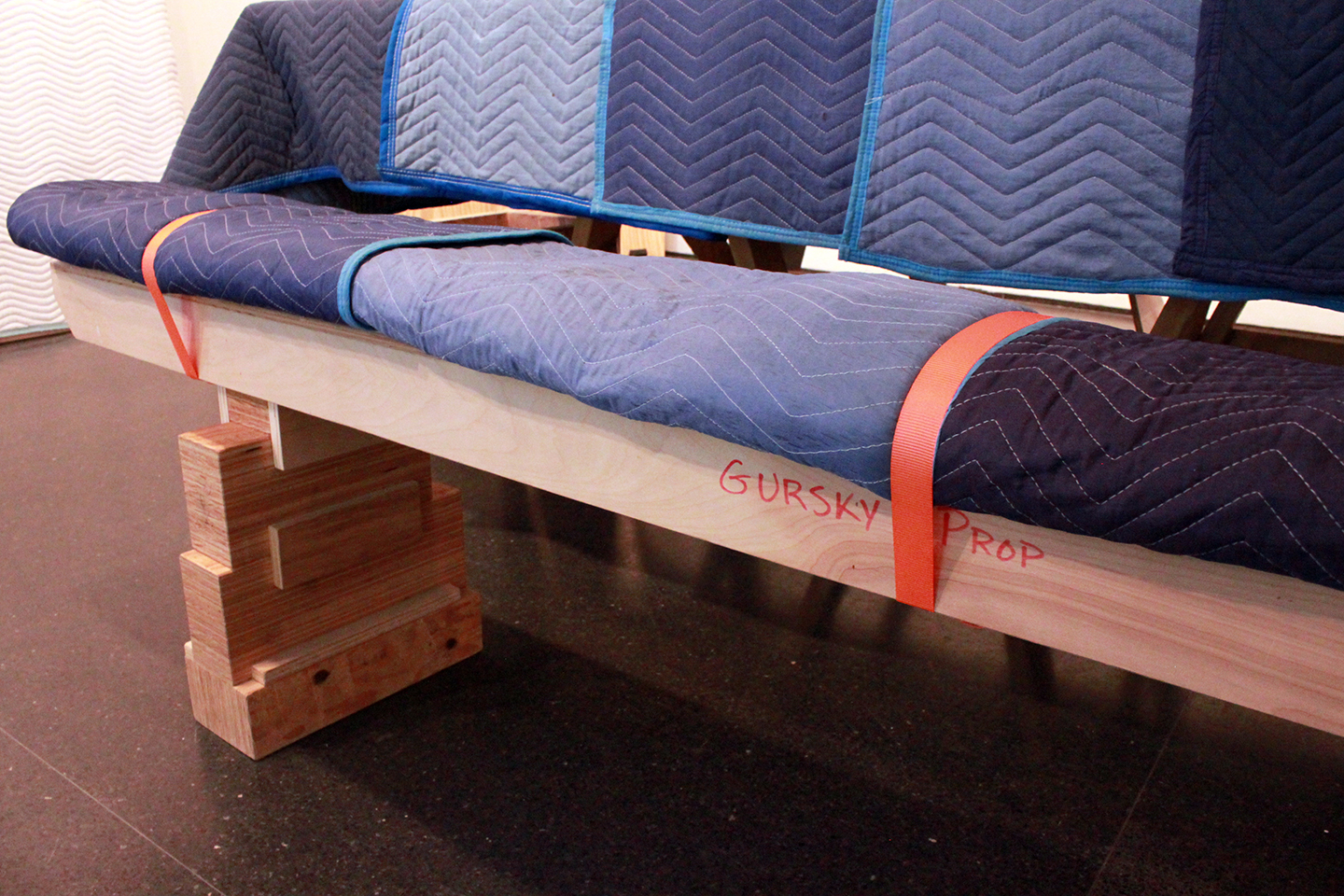 The installation Adhocism was part of We Are Here – Art & Design Out of Context, a month-long series of art and design situations at the Museum of Contemporary Art Chicago.

Inspired by the 1972 book Adhocism: The Case for Improvisation by Charles Jencks and Nathan Silver, Adhocism presented a series of interventions that meditate upon the continuing relevance of an ad hoc approach and demonstrated its ability to generate fresh opportunities in the design of objects. The exhibition furniture was made entirely from materials and tools borrowed from the MCA, following a self-imposed rule whereby everything had to be returnable at the end of the show in the state found, hence gluing and screwing was replaced with clamping and strapping, and painting and cutting were avoided. The process led to enjoyable discoveries such as the way in which a beam made to assist in hanging Andreas Gursky photographs made a perfect bench, and the surprising beauty of moving blankets.

For the exhibit, we designed a set of three marble-topped tables entitled American Ad Hoc, which co-opted a Radio Flyer wagon, a Weber Grill and a red wheelbarrow as their bases. We also created the ArtPin, a pin-badge that demonstrates the ad hoc principle, both in its construction and its use. Made by combining a Bulldog clip and a brooch pin, it enables any image or small object to be clipped into it and worn. Visitors were invited to take a free ArtPin and make their own pin from the collected source material.

The impetus behind choosing the subject of Adhocism came from the fact that many of the ideas and issues presented in Jencks and Silver’s book are still relevant today. Despite the rise of the internet (which Jencks predicts in the book), the power of global marketing and production often narrows rather than widens opportunity. The supposedly liberating multitude of choice offered by consumerism hides a reality of restricted and directed options. Adhocism enables individuals to fulfill certain needs or desires quickly without recourse to corporate or government bodies. By encouraging not just professional creatives but everyone to consider involving themselves in the making process, we hoped to awaken or enhance an appreciation of our available resources and the latent possibilities they hold.