A Form of Happiness (Works) 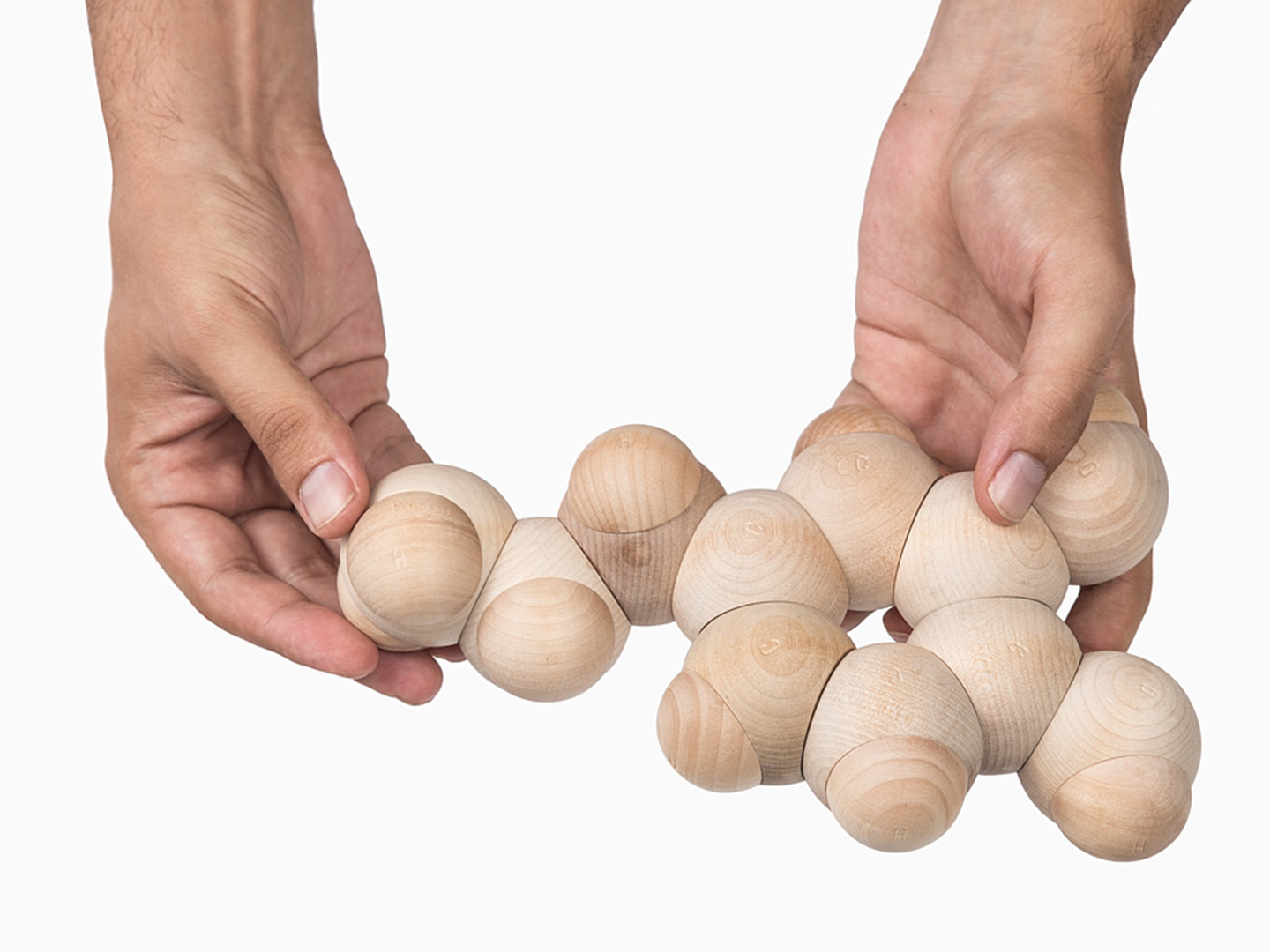 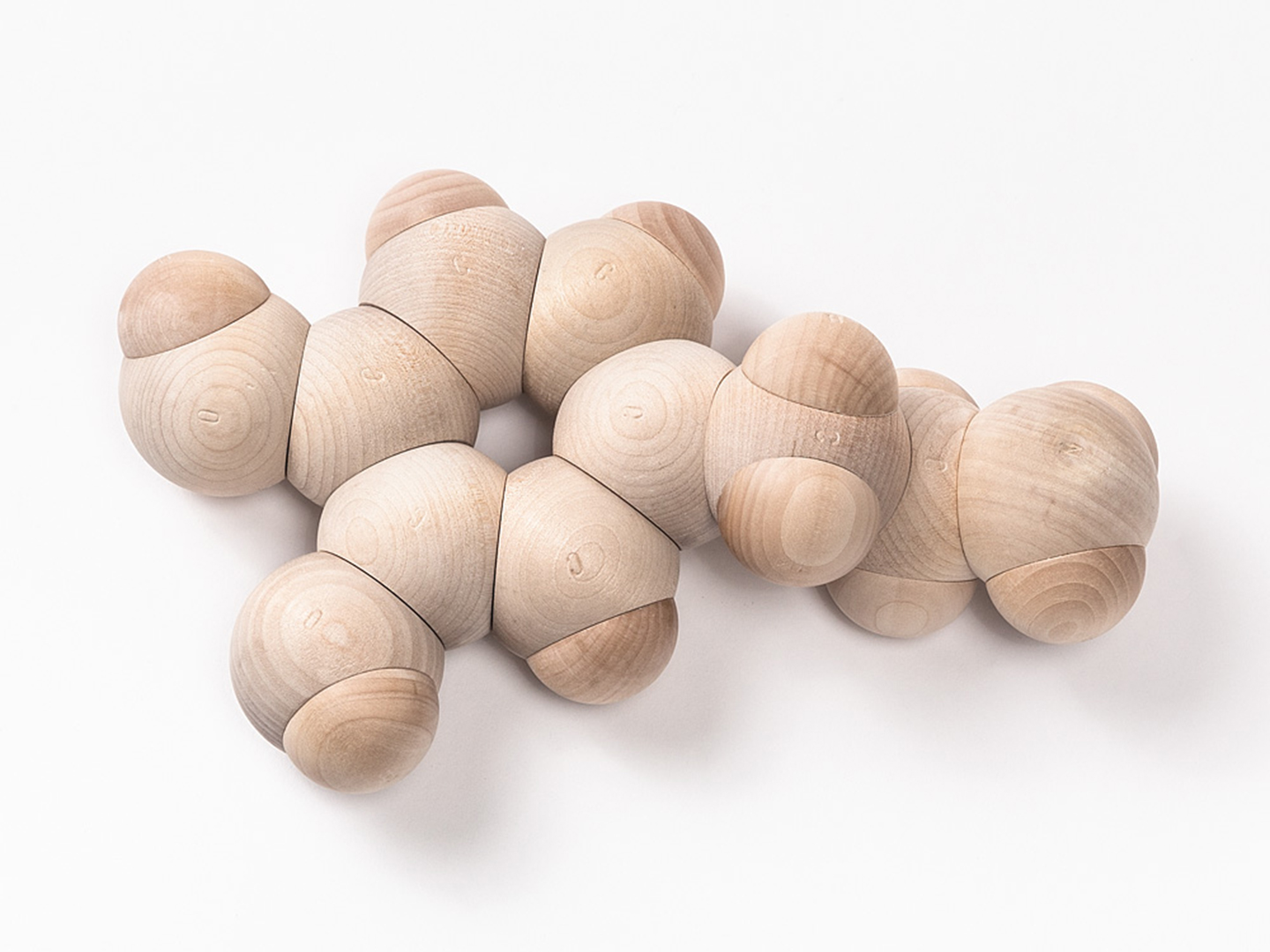 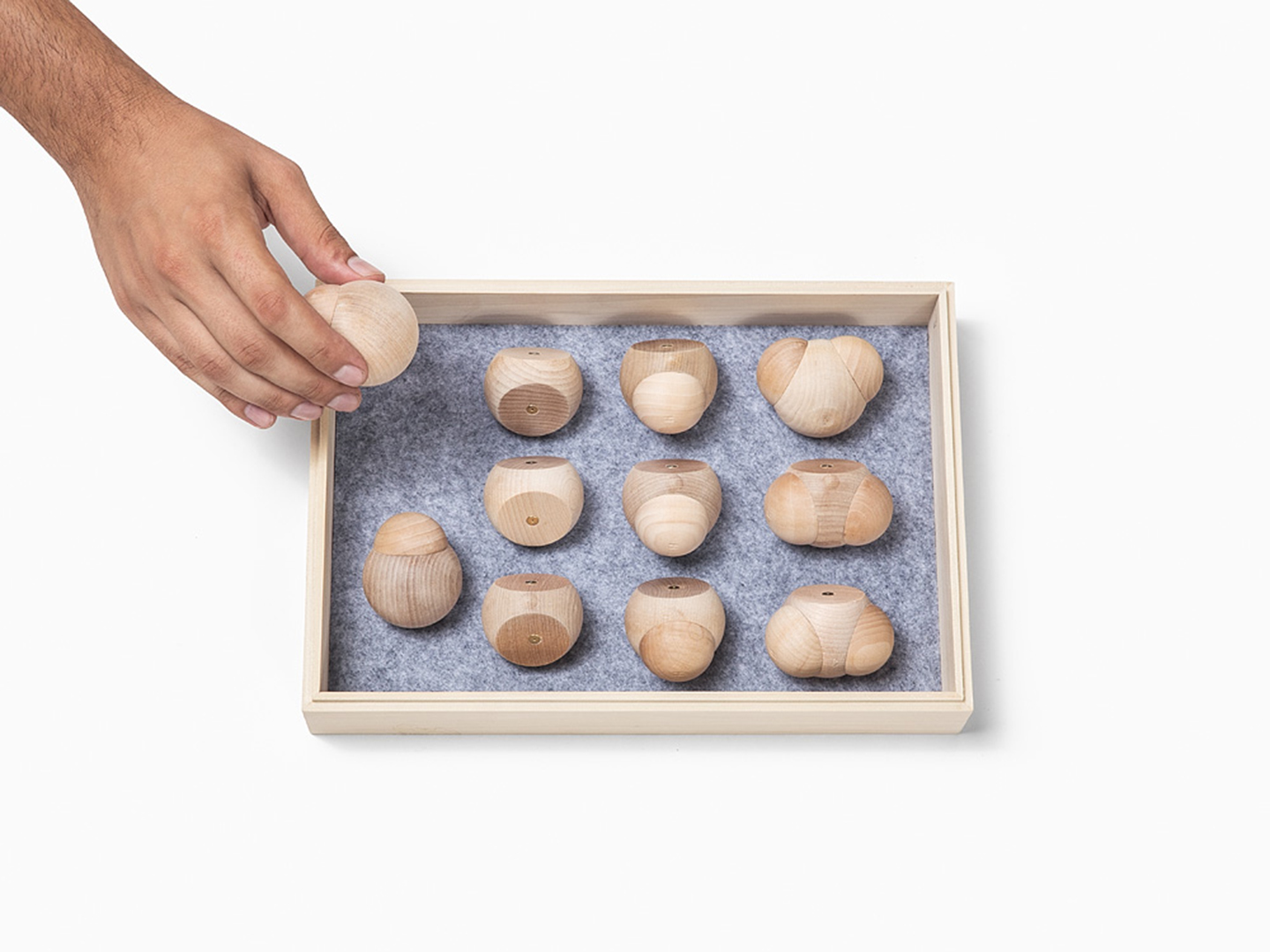 A Form of Happiness is a wooden puzzle that represents the molecular structure of the neurotransmitter dopamine. As we make discoveries, receive rewards and learn, dopamine is released in the brain and fuels the desire for more of whatever provided that reward. The object is made up of a series of individual components representing atoms which are assembled using their embedded magnets. The puzzle has a rhetorical function in that completing it causes the release of the chemical it represents.

Dopamine is an organic chemical, that travels between nerve cells in the brain. It is what makes us want to learn more, do more, eat, have sex, spend money, seek peer affirmation and so on. Browsing for potential purchases is known to result in dopamine release. (Interestingly, it is the discovery rather than the purchase, that releases the most dopamine). Although it is possible to take it medicinally, dopamine cannot cross the blood-brain barrier and therefore we cannot artificially increase the amount our brains produce. However, stimulants including cocaine have this effect by blocking its re-absorption after release.

A Form of Happiness is hand-crafted from turned maple and poplar and presented in a laser etched box with a pamphlet of stories that explore potential narratives as to how the object could play a variety of roles in an individual’s life.